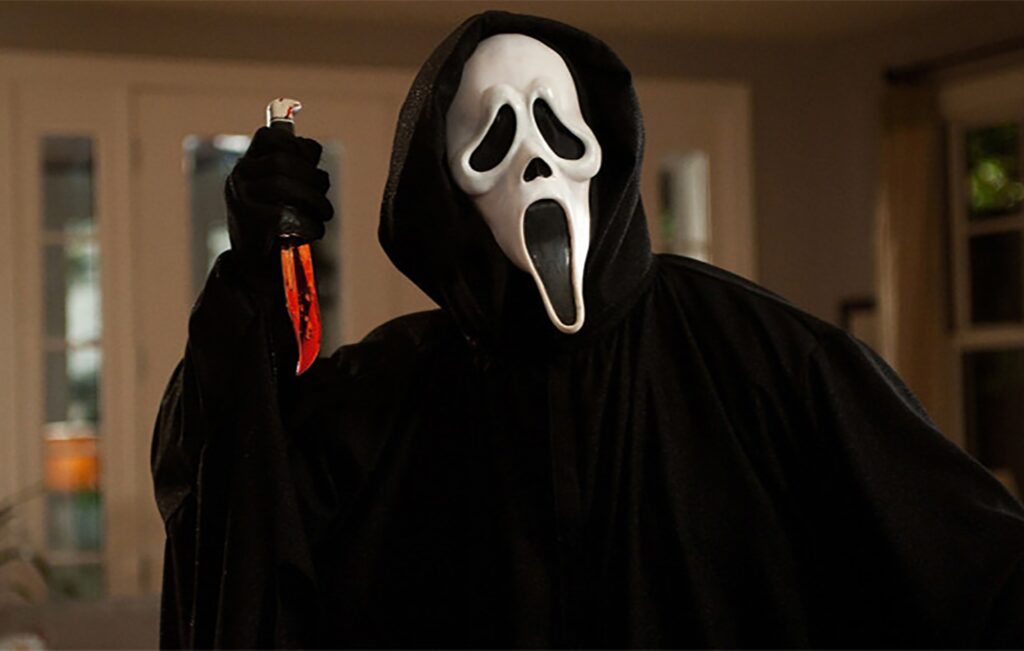 The directors and producers on the upcoming Scream reboot have been giving cast members different versions of the film’s script.

The new film, set to be the first in the franchise since the death of Wes Craven, recently finished filming and is due for release in 2022.

“I think [there are] two things to remember for us,” producer William Sherak told CinemaBlend. “One is there are multiple versions of the draft out there and most of the cast don’t know if they have the right version or not.”

He added: “So we’ve been playing that game with them as well. And the fun of a Scream movie is that everyone is guilty until proven innocent, not the other way around. So the goal is to keep that going for as long as possible and have fun with it.”

Scream will be directed by Ready Or Not filmmakers Matt Bettinelli-Olpin and Tyler Gillett, from a script by James Vanderbilt and Guy Busick.

Returning cast members include Courteney Cox, David Arquette, and Neve Campbell as Sidney Prescott. They will be joined by Melissa Barrera and Jenna Ortega.

Discussing Wes Craven’s influence on the new film, Arquette told NME last year: “The directors coming on board were really inspired by Wes for themselves in their lives and careers, and it’s an opportunity to continue with his legacy.”

He added: “But it’s gonna be really sad without him, I’ve been thinking about it a lot – important conversations we had in the past. I still feel [like] he is with us in spirit.”