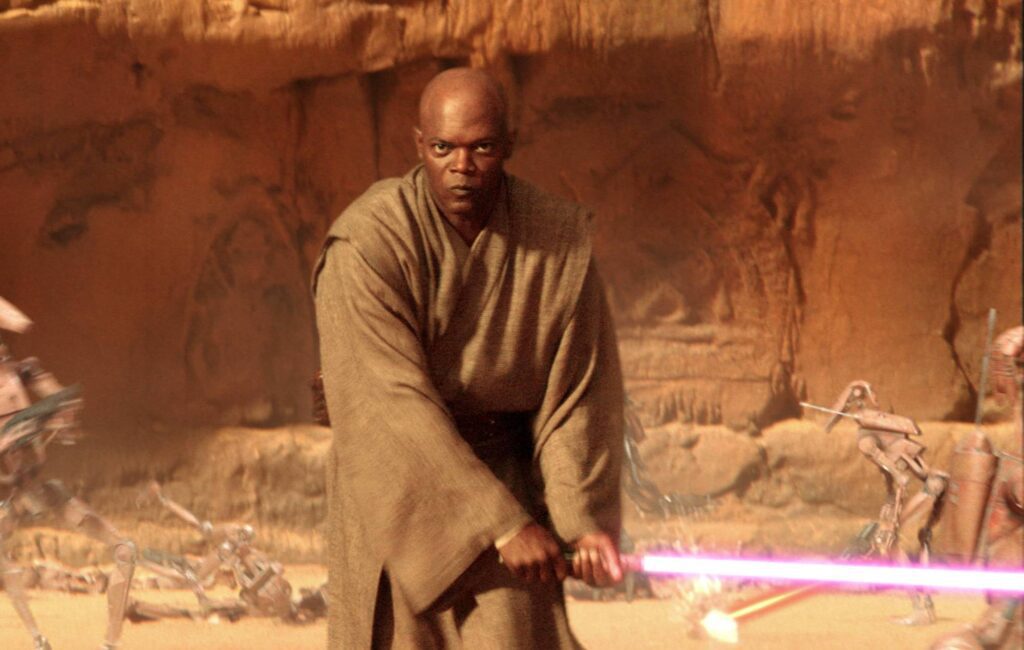 Samuel L Jackson has said that he would love to return as Mace Windu in his own Star Wars spin-off series.

In an interview with Josh Horowitz on the Happy Sad Confused podcast, the Pulp Fiction star was asked if by Horowitz if he should hold out hope for a return to the role of Windu – a role he performed in all three of the “prequel” films between 1999 and 2005.

“Definitely,” Jackson replied, adding: “There’s a huge history of people with one hand returning in the Star Wars franchise. The only person I’ve ever said that to about coming back was Bryce Dallas Howard, ’cause I just did a movie with her. And she directs episodes of The Mandalorian.”

The actor said he told Howard: “You think you might be able to hook a brother up? I mean you like me, right? I’ll learn to lightsabre left-handed. Come on, hook me up.”

It was previously rumoured that Jackson would appear in a prequel about Windu on Disney+. The Book Of Boba Fett star Temuera Morrison has also stated his desire to appear alongside Jackson in a spin-off.

The latest Star Wars spin-off, Obi-Wan Kenobi, is set 10 years after the events of the 2005 Star Wars film Revenge Of The Sith, where Kenobi witnessed the downfall of his best friend and Jedi apprentice, Anakin Skywalker, who turned to the dark side as evil Sith Lord Darth Vader.

Last week (March 10), it was revealed that the original scripts for Obi-Wan Kenobi were revamped to make a more “uplifting” and “hopeful” story.

The upcoming Disney+ series brings back Ewan McGregor as the famed Jedi for the first time since Revenge Of The Sith, alongside Hayden Christensen as Anakin Skywalker/Darth Vader.