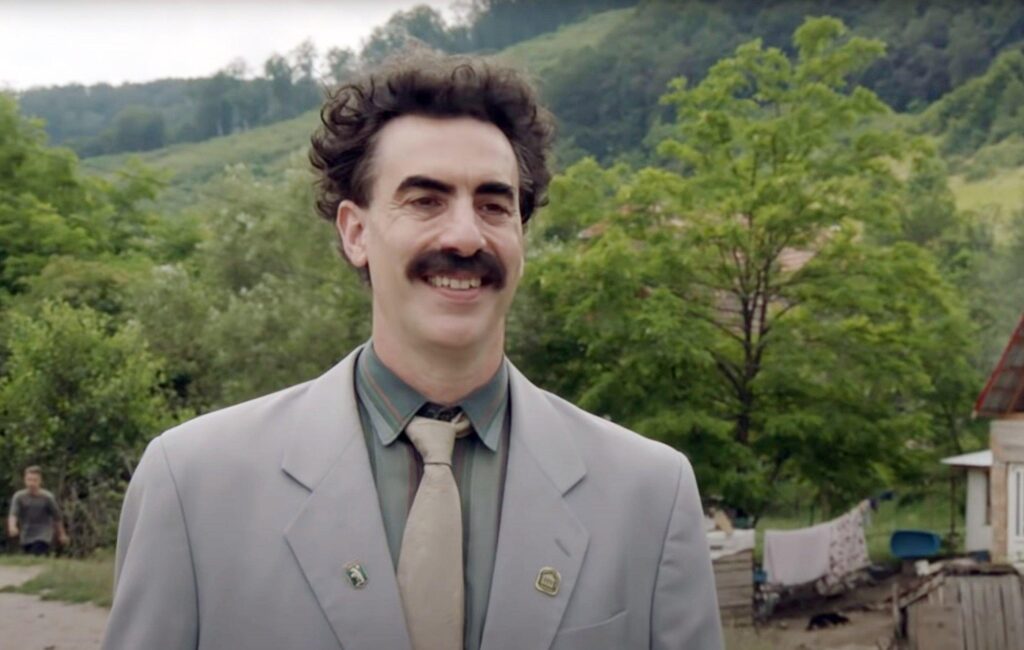 Sacha Baron Cohen has said that it was “pretty clear” what Rudy Giuliani did a much-talked about scene from the new Borat film, Borat Subsequent Moviefilm.

Giuliani, 76, appears in a controversial scene with actress Maria Bakalova, who plays Baron Cohen’s daughter in the movie sequel which was released yesterday (October 23) on Amazon Prime Video.

Bakalova poses as a 15-year-old journalist interviewing Giuliani, who is Donald Trump’s lawyer, about the US president’s COVID-19 response. The former New York City mayor is filmed in an allegedly inappropriate position before Baron Cohen’s character barges in on them to end the interview. Giuliani has called the scene a “complete fabrication”.

In a new interview with Good Morning America, Baron Cohen said: “If the president’s lawyer found what he did there appropriate behavior, then heaven knows what he’s done with other female journalists in hotel rooms.”

Yesterday, a new clip was released in which Borat defended Giuliani. “I here to defend America’s Mayor, Rudolph Giuliani,” Borat remarks at the start of the not-so-serious video.

“What was an innocent sexy-time encounter between a consenting man and my 15-year-old daughter has been turned into something disgusting by fake news media. I warn you: anyone else try this and Rudolph will not hesitate to reach into his legal briefs and whip out his su-penis.”

In a three star review of Borat: Subsequent Movie Film, NME said: “Borat’s return, then, is for the fans. Those who still wail “Is nice!” when clinking pint glasses in the pub. The kind of person who might wear a mankini to a music festival. That guy in school who shouted “Wa wa wee wa!” every time he found a penny on the playground.

“There’s nothing wrong with that, but many will have been expecting more.”