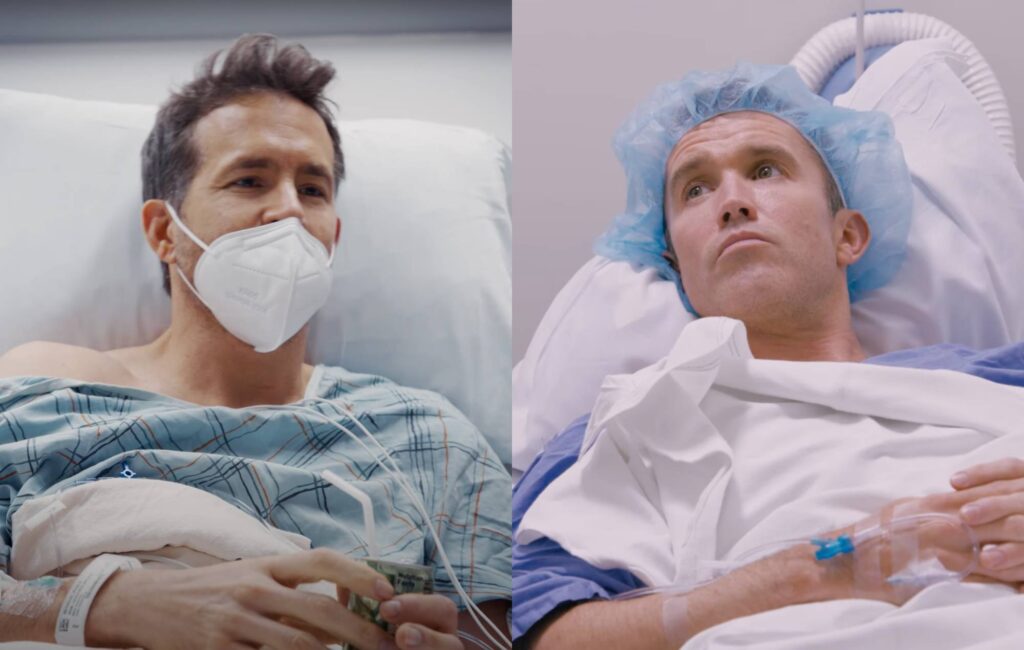 Ryan Reynolds and Rob McElhenney have recorded their colonoscopies to raise cancer awareness as part of the Lead From Behind initiative.

The pair – who own Wrexham AFC football club together – shared a video for the colon cancer awareness initiative and discussed their motivations for making their procedures public.

“I would never normally have any medical procedure put on camera and then share it,” Reynolds said in the video. “It’s not everyday that you can raise awareness for something that will most definitely save lives. That’s enough motivation for me to let you in on a camera being shoved up my ass.”

The actor’s doctor added: “You are interrupting the natural history of a disease, of something of a process that could have ended up developing into cancer and causing all sorts of problems. Instead, you’re not only diagnosing the polyp, you’re taking it out.

“Nobody would know that they have this, but he reached the age of screening, 45, he got a routine screening, and there you go. And that’s why people need to do this.”

Watch the video below.

Reynolds and McElhenney recently teamed up on new FX documentary Welcome To Wrexham, which revolves around the pair’s takeover of the Welsh football club.

Executive produced by Reynolds and McElhenney themselves, the original series arrived exclusively on Disney+ on August 26 in the UK, premiering with back-to-back half-hour episodes.

NME‘s four-star review of Welcome To Wrexham said: “Welcome To Wrexham’s real-life stories are especially poignant given the recent post-COVID return of crowds. After all, many of us will never take going to the football on a Saturday for granted again.

“You get the sense as the series progresses that, despite living half a world away from the Racecourse Ground, McElhenney and Reynolds – who, because of COVID, only attended their first Wrexham game in October 2021 – are starting to truly realise the potential of the local community which forms much of their club’s fan base.”