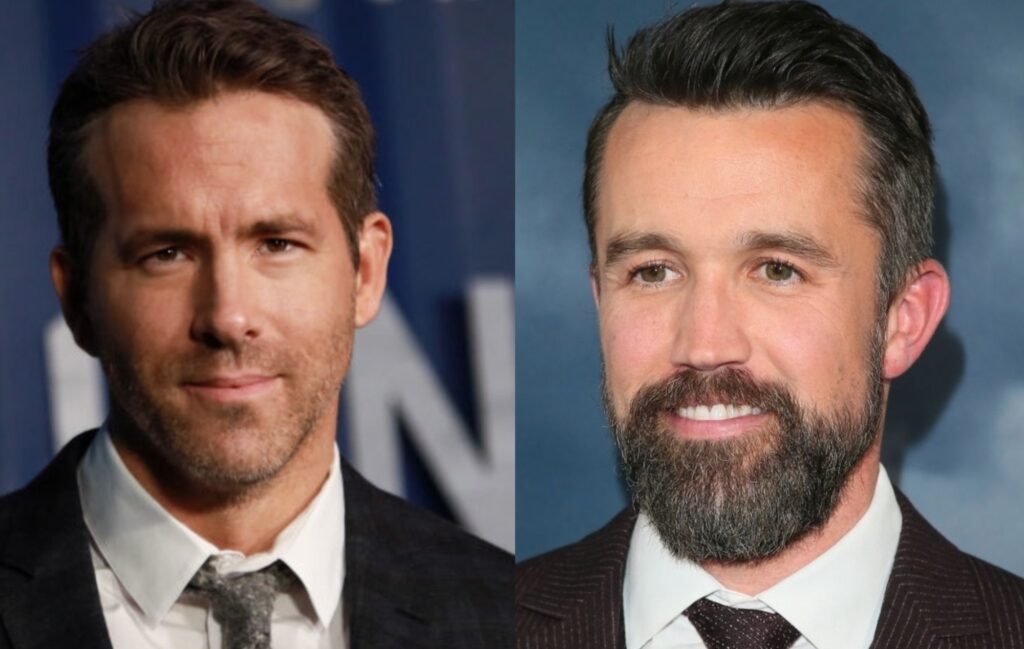 Ryan Reynolds and Rob McElhenney have moved one step closer to taking control of Wrexham AFC.

The Welsh football club confirmed in September that the actors were in talks to invest in the National League team, after the Wrexham Supporters Trust Board voted in favour of allowing the potential takeover to progress.

On Sunday (November 8), Deadpool actor Reynolds and McElhenney, best known for starring in American sitcom It’s Always Sunny In Philadelphia, joined a virtual supporters’ trust meeting where they put on a presentation and answered questions.

The pair set out a number of principles they’d like their takeover to be based upon, including protecting the heritage of the club, reinforcing Wrexham as a “leading force for community good in the town”, retaining and enhancing the club’s reputation as an “inclusive and forward-thinking club”, as well as making Wrexham champions again.

“We want to be at the Racecourse Ground as much as possible – as many games as I can make,” Reynolds said in the WST meeting. “We want to have a pint with the fans. You’ll be fed up of us! We want to be great ambassadors for the club, to introduce the club to the world and be a global force.”

McElhenney added: “The Racecourse hasn’t been full for a while. I have a vision of the Racecourse being full again. I’ve seen how packed it used to be in ’77 – I’ve been watching a lot of films about that and I want it to feel like that again. We want to pack that stadium again. Ryan is much more responsible in his business life, but I get so excited by possibilities and what it could be. I want people to be so excited to watch the rise of the club and the Racecourse.”

The pair also stressed that they must “always beat” Chester FC, who currently play in a different division, the National League North.

I don’t think the next Deadpool movie is going to do much business just across the border…😄🏴󠁧󠁢󠁷󠁬󠁳󠁿✊🏻 pic.twitter.com/dHnat6m7OG

The meeting took place after trust members voted 97.5% in favour of holding talks with the pair. The club, which has been fan-owned since 2011, will now ask members to vote for or against Reynolds and McElhenney completing their takeover.

Voting will start on Monday and run until 15 November, with a vote of 75% in favour needed for the resolution to be approved.

If the takeover gets the go-ahead, the non-league club will star in a documentary charting their rise under the ownership of the actors.

Meanwhile, a billboard featuring Ryan Reynolds in character as Deadpool while wearing a surgical mask has popped up in New York.

The street art sees the actor as Deadpool posing for a mugshot, while holding up a sign that says “Cover your face and save lives,” encouraging New Yorkers to stay vigilant in light of the ongoing coronavirus pandemic.