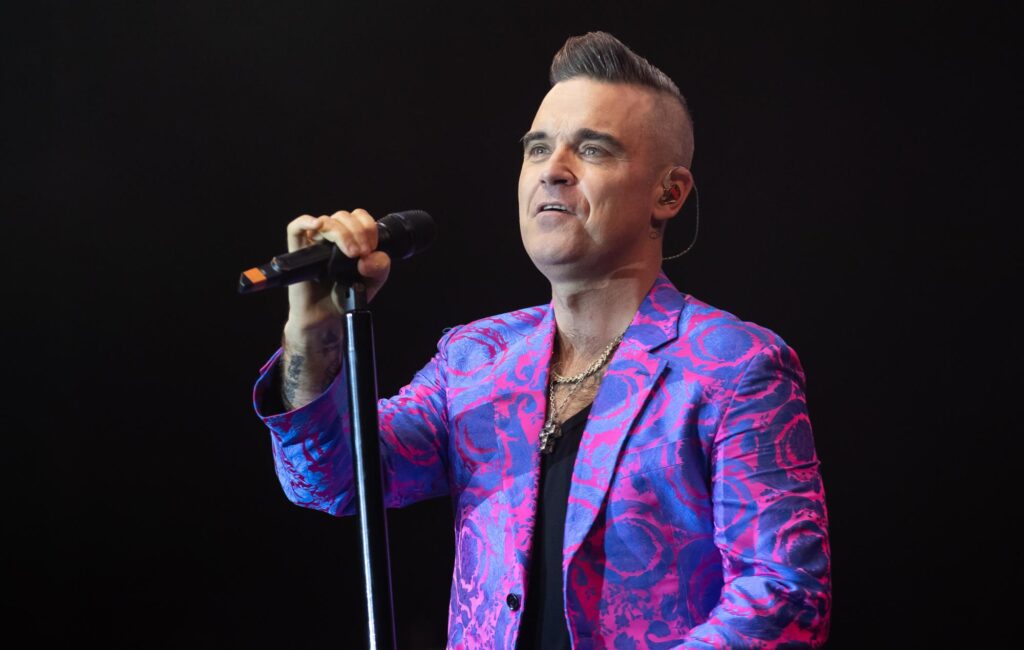 Robbie Williams will be reimagined as a CGI monkey in the forthcoming biopic Better Man, according to reports.

Deadline understands that the biopic, which is being helmed by The Greatest Showman director Michael Gracey, will show Williams as a CGI animal rather than being depicted by an IRL actor.

In a separate interview with the outlet published a week prior (February 22), Gracey did not reveal anything about the portrayal other than it will be done “in a really original way”.

“As for how we represent Robbie in the film, that bit is top secret,” Gracey said in the interview. “I want to do this in a really original way. I remember going to the cinema as a kid and there were films that blew me away and made me say as I sat there in the cinema, ‘I’ve never seen this before’. I just want the audience to have that feeling.

He continued: “It’s so important when they watch this story, and look at the screen, that they literally think, I’ve never seen this before. All I can say is the approach is top secret, but the goal is to generate that feeling I just described. It’s this fantastical story, and I want to represent it in its harsh reality all the way to these moments of pure fantasy.”

The director added of the songs in the film: “All Robbie’s songs will be re-sung, for the emotion of the moment. If in his life he’s in the depths of despair, he’s not going to sing a song as cabaret flamboyant showmanship – it’s going to be broken, acapella, stripped down, because that’s where he is emotionally.

“In moments of pure joy, you’ll get songs sung in this whirlwind of hysteria. So essentially every song in the film, Robbie will sing, but it will be performed for the emotion of that moment, and that scene,” he said.

Better Man will tell the story of Williams’ rise to global fame as well as his darker days as he battled substance abuse. A release date for the film is yet to be confirmed.

In other Williams news, the singer has teased a new duet with Kylie Minogue. The pair previously joined forces on 2000’s ‘Kids’, which became an enduring hit for both artists despite narrowly missing out on the number one spot in UK chart to U2‘s ‘Beautiful Day’.