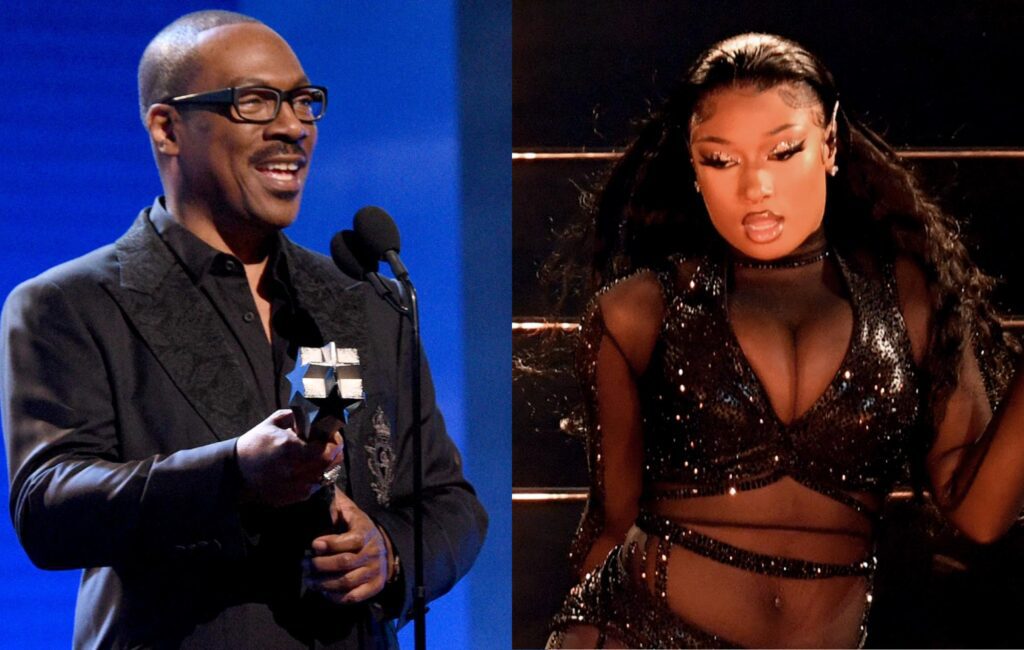 Eddie Murphy said he wouldn’t subject Megan Thee Stallion to “my old ass playing my guitar” for a potential collaboration.

The comedian and actor, who is also known for his 1985 hit ‘Party All The Time’, said in a new interview that he’s too old to entertain ideas of collaborating with younger stars such as Megan.

Speaking on The Tamron Hall Show, the full interview of which airs next week (March 11), the actor, who is promoting his new film Coming To America 2, responded to questions posed about whether he’d one day link up with artists like the Houston rapper.

He continued: “I stopped putting music out but I still do music all the time. Young folks do that.”

Murphy made comparisons to other older artists, saying that The Rolling Stones do well by touring and playing their older material.

“The Rolling Stones don’t be putting no records out. They’re playing they old tracks. Don’t nobody wanna hear The Rolling Stone new shit,” he actor said, again laughing. “Don’t nobody wanna hear no 75-year-old man’s track. I’m cool with tracking and having my little vault with my little tracks. A hundred years from now, you can hear all that stuff and be like, ‘Wow.’”

In other news, Murphy revealed recently that Black Panther director Ryan Coogler pitched him a sequel to Coming to America starring Michael B. Jordan.

Murphy, who is set to reprise his role from the 1988 original Coming To America as Prince Akeem, told the New York Times last month there was no initial plan to make a sequel before Coogler shared his idea.

Coming 2 America is directed by Craig Brewer (Dolemite Is My Name) from a script by Kenya Barris, Barry W. Blaustein, and David Sheffield. The film is released on Amazon Prime Video this Friday, March 5.