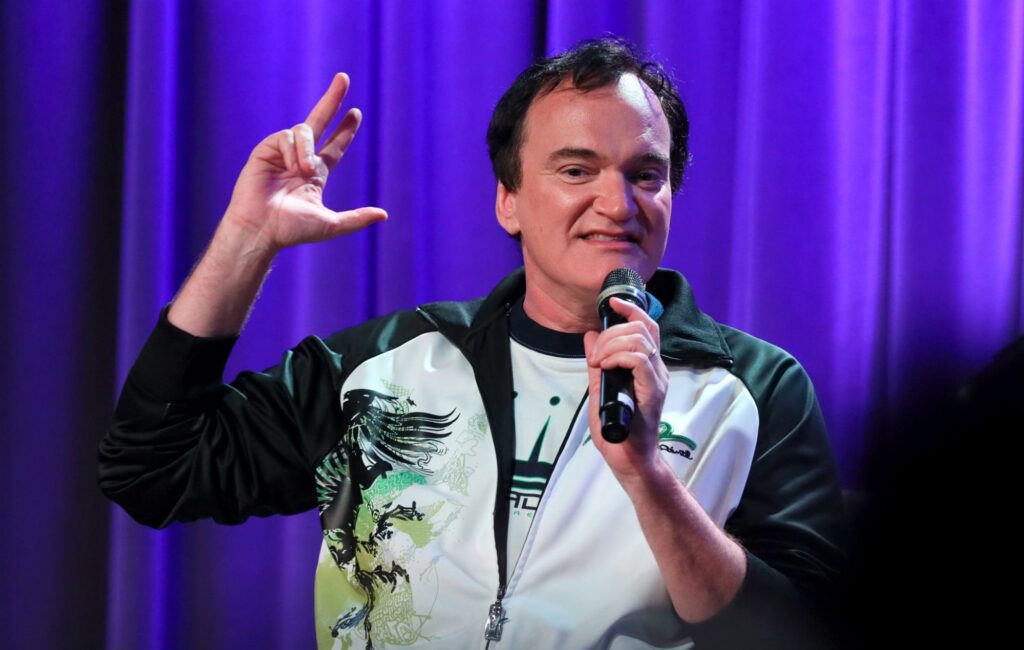 Quentin Tarantino is heading to London for a one-off talk at Alexandra Palace in September.

The filmmaker will be appearing on stage at the famed venue to promote his first work of fiction, Once Upon A Time In Hollywood, which is based on his 2019 film of the same name.

Tarantino will spend the evening discussing his lengthy filmmaker career in-depth as well as his recent journey as an author.

A description for the event reads: “Join Tarantino live in London for one night only, to celebrates the publication of his long-awaited first work of fiction. At once hilarious, delicious, and brutal, this is the always surprising, sometimes shocking new novel based on his Academy Award-winning film.

“In conversation with journalist and film critic Kim Newman, Tarantino will share his life-long passion for movie novelisations and explore why he wanted to contribute to this marginalised, and yet beloved, sub-genre of literature.”

In an interview earlier this year, Tarantino revealed that he cut his and Leonardo DiCaprio’s favourite scene from Once Upon A Time… in Hollywood.

The filmmaker told the ReelBlend podcast about the scene in question, which involved an emotional phone call between DiCaprio’s Rick Dalton and Trudi Fraser (Julie Butters).

“That was my favourite scene in the script. So the idea that that wouldn’t be in the movie was unfathomable,” Tarantino said.

“I think it was probably Leo’s favourite scene that he shot. We were in tears. It was the only time … I’ve gotten misty-eyed every once in a while when I was shooting this scene versus that scene.

“But that thing, I mean, Julia [Butters] was in tears every time we finished every take.”

An Evening With Quentin Tarantino will take place on September 2. Tickets go on sale on August 20 at 10:00am local time and will be available here.