Oscars apologises to Sacheen Littlefeather, says response to her 1973 speech was “unwarranted” 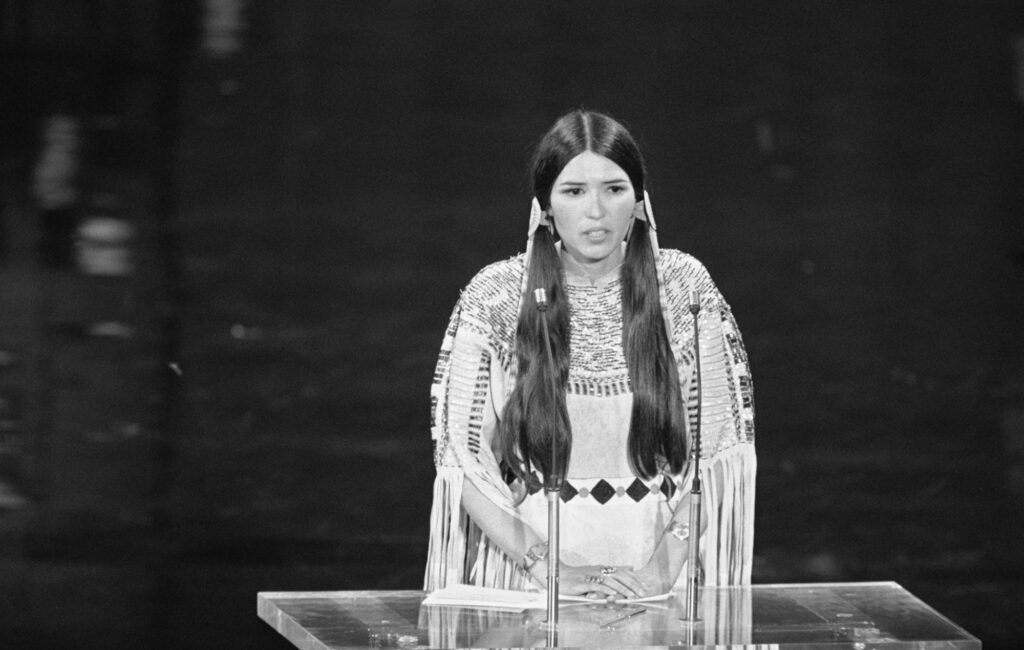 The Academy of Motion Picture Arts and Sciences has apologised to Sacheen Littlefeather, the actor and activist who was booed off stage during an Oscars ceremony nearly 50 years ago.

Littlefeather appeared at the ceremony in 1973 to reject an Academy Award on behalf of actor Marlon Brando, who had received an Oscar for his work in The Godfather. At the time, Brando boycotted the Best Actor win on account of the misrepresentation of Native Americans in the film industry, and sent Littlefeather – herself an activist for Native Americans – in his place.

Her appearance during the ceremony marked the first time a Native American woman had taken to the Oscars stage, but the reason for her presence was quickly met with heckling and boos from the audience.

“[Brando] very regretfully cannot accept this very generous award,” Littlefeather said during the speech, “the reasons for this being the treatment of American Indians today by the film industry and on television.”

Now, nearly five decades since the incident, the Academy has made public a letter sent to Littlefeather apologising for the “abuse [she] endured” in the wake of the speech.

Written by Academy president David Rubin in June and published by the Academy Museum yesterday (August 15), the letter says the reception to Littlefeather – both during the ceremony and among Hollywood in the years since – “was unwarranted and unjustified.”

“The emotional burden you have lived through and the cost to your own career in our industry are irreparable. For too long the courage you showed has been unacknowledged. For this, we offer both our deepest apologies and our sincere admiration,” Rubin wrote.

In a statement shared in response to the apology, Littlefeather said: “we Indians are very patient people – it’s only been 50 years!” before referencing the letter’s pledge to ensure Indigenous storytellers are more broadly represented.

“This is a dream come true,” Littlefeather said, “It is profoundly heartening to see how much has changed since I did not accept the Academy Award 50 years ago.”

In addition to the apology, the Academy Museum also announced that it will host Littlefeather for an “evening of conversation, healing and celebration.” The event, which will take place in September, will feature a program of Native American performers, speakers and vocalists, as well as a live reading of the Academy’s apology and a conversation with Littlefeather herself.

In a 2020 interview with the BBC, Littlefeather reflected on the 1973 awards ceremony – the Academy’s 45th – and recalled being escorted off stage by two security guards. She remarked that actor John Wayne, who was side-stage during the speech, was “​​furious with Marlon and furious with me.”

Littlefeather’s speech was televised to some 85 million viewers, and, as the Academy wrote in its apology, marked the ceremony’s first on-stage political statement.