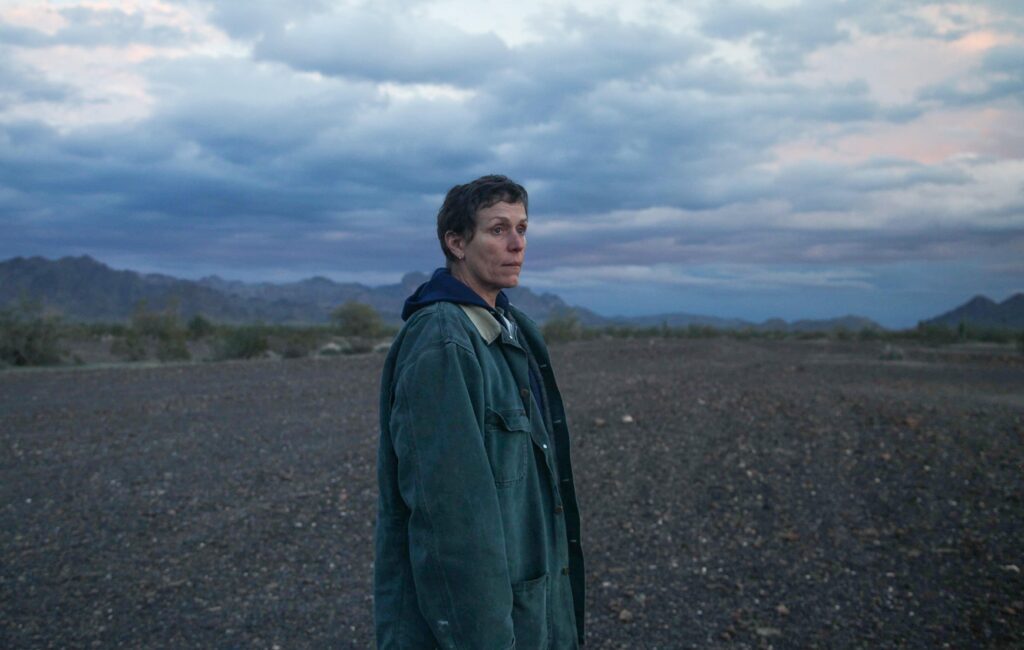 Chloe Zhao’s awards favourite Nomadland is going to be released straight to Disney+ in UK and Ireland, it has been confirmed.

The Golden Globe-winner (Best Motion Picture – Drama) will be made available on the Star strand of the streaming platform, which launched last month to host adult-focused productions.

Disney said the film will be made available to cinemas when they re-open but that is not expected to be before May 17.

Based on the non-fiction book Nomadland: Surviving America in the Twenty-First Century by Jessica Bruder, the film stars Frances McDormand and is directed by Chloe Zhao, who took home the Golden Globe for Best Director at last week’s ceremony.

Nomadland premiered at the Venice Film Festival back in September 2020, winning the Golden Lion. It opened in the US in select IMAX cinemas on January 29, 2021 before opening in cinemas and streaming simultaneously on Disney’s Hulu platform on February 19.

McDormand recently revealed that she was offered a job in Target while working on Nomadland.

While working on the film, director Chloé Zhao (The Rider) wanted the star to “blend in” with a real nomadic community. Speaking at a press conference held on Zoom, the filmmaker said: “It was really about setting up an ecosystem, working with the nomads, because they are not always stationary and getting Fran to blend in.”

McDormand, who has won two Oscars in her career, said that she knew the strategy was working when she was offered a job in a shop. “It was successful because in one town in Nebraska I went to the local Target and I was offered employment,” she said.

However, Colman’s enthusiastic response when losing the TV award to The Crown co-star Emma Corrin has won praise online after she was seen clapping enthusiastically before getting up to dance.