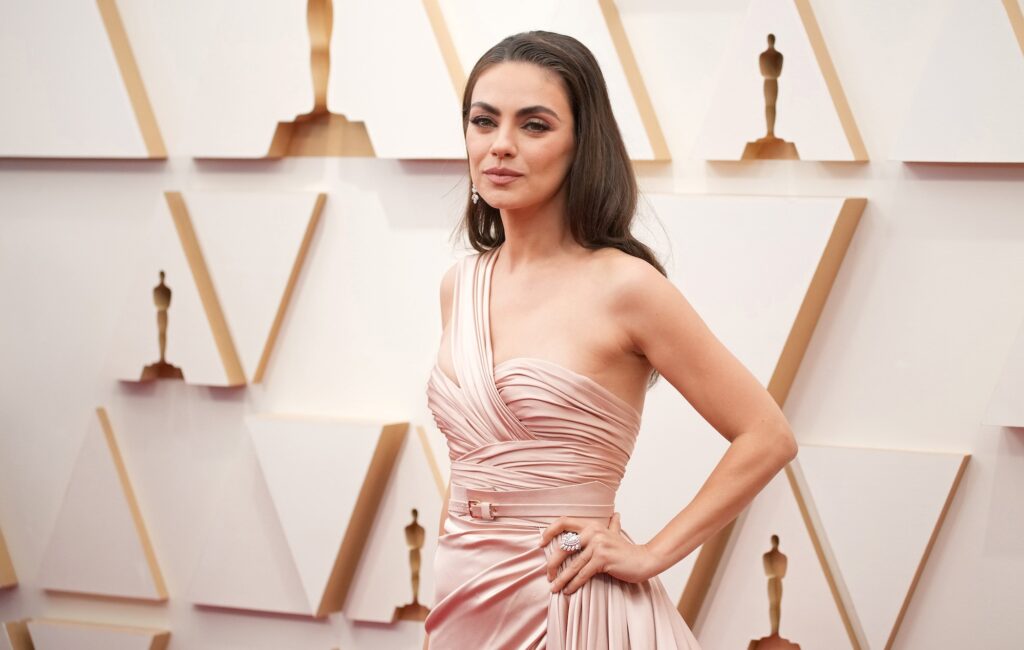 Mila Kunis paid tribute to the “resilience” of the Ukrainian people during the Oscars 2022 tonight (March 27).

Russia invaded Ukraine on February 24, 2022, with more than 1,080 civilians killed since the attacks began as of Thursday (March 24), according to NBC. A further 1,707 people have been injured so far.

Introducing a performance from Best Original Song nominee Reba McEntire, the Ukrainian-born Kunis made comments alluding to the ongoing conflict. “Recent global events have left many of us feeling gutted,” she said.

“Yet when you witness the strength and dignity of those facing such devastation, it’s impossible to not be moved by their resilience. One cannot help but be in awe of those who find the strength to keep fighting through unimaginable darkness.”

Mila Kunis (who is Ukrainian) introduces Best Song nominee Reba McEntire and her song, “Somehow You Do” from FOUR GOOD DAYS. #Oscars pic.twitter.com/ChlZAAoP7r

Later, the Academy held a moment of silence “to show our support for the people of Ukraine currently facing invasion, conflict and prejudice within their own borders”. “While film is an important avenue for us to express our humanity in times of conflict, the reality is millions of families in Ukraine need food, medical care, clean water, and emergency services,” a message on the theatre screen read.

“Resources are scarce and we – collectively as a global community – can do more. We ask you to support Ukraine in any way you are able.”

It is the latest tribute to be paid to the Ukrainian people by the entertainment world. The likes of Arcade Fire, Patti Smith and Franz Ferdinand have performed at Ukraine fundraiser shows recently, while London’s Shepherd’s Bush Empire announced its own fundraiser ‘A Night For Ukraine’ last week.

Elsewhere, The Cure launched a new charity band t-shirt as Massive Attack confirmed plans to sell off special artwork to help victims of the Ukraine invasion.

You can donate here to the Red Cross to help those impacted by the conflict, or via a number of other ways through Choose Love.

Winners at the Oscars 2022 so far include West Side Story’s Ariana DeBose, CODA’s Troy Kotsur, The Long Goodbye’s Riz Ahmed and more. Meanwhile, Beyoncé kicked off the ceremony with a performance of King Richard’s ‘Be Alive’. You can keep up with all the winners from the Oscars 2022 here.