Michelle Yeoh says she teased Jackie Chan for rejecting ‘Everything Everywhere All At Once’ role: “Your loss, my bro” 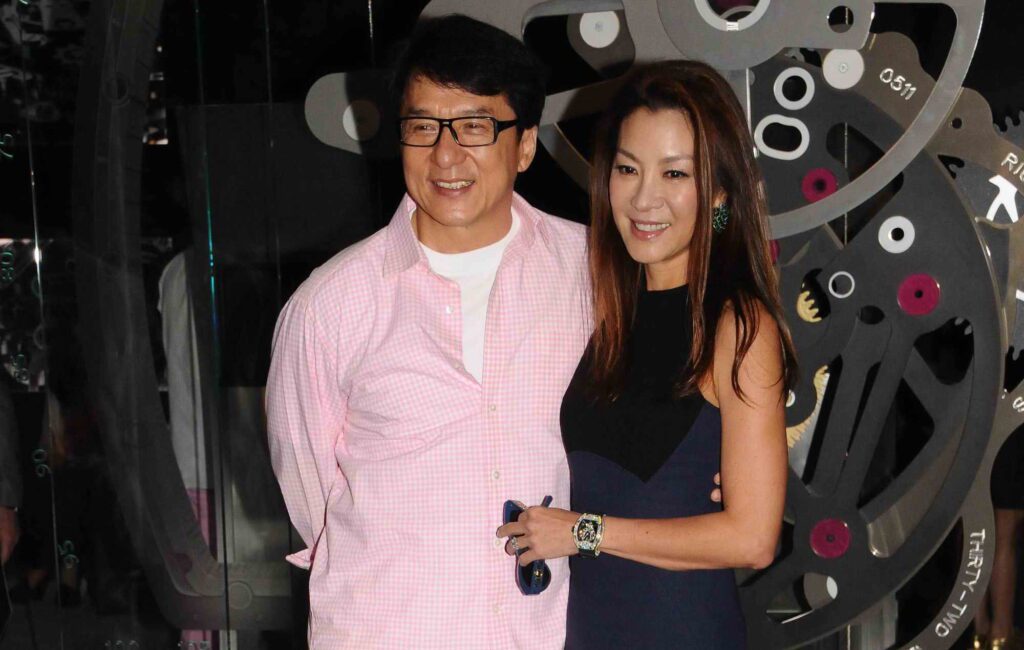 Michelle Yeoh has said she texted Jackie Chan teasing him about turning down the lead role in Everything Everywhere All At Once.

The martial arts legend was originally envisioned by directors and writers Daniel Scheinert and Daniel Kwan as playing the movie’s lead role. However, when he said he was unavailable, they rewrote the part for Yeoh.

“Jackie actually texted me,” she told the Guardian about his response to the film. “And he says: ‘Wow, I hear amazing things about your movie. Did you know that the boys came to see me in China?’”

The actor added that she had responded by teasing Chan, saying: “Yes, your loss my bro!”

Everything Everywhere All At Once was released in the US in March 2022, and arrived in cinemas in the UK on Friday (May 13). Yeoh plays Evelyn Wang in the film, a mother thrown into a sci-fi action-adventure after she learns she’s able to access the memory and skills of alternate versions of herself throughout the multiverse.

The Malaysian actor, who also recently appeared in Shang-Chi And The Legend Of The Ten Rings and in 2018’s Crazy Rich Asians, reflected in March about the impact a meeting with Quentin Tarantino had on her in 1996.

After nearly breaking her back in an on-set accident while filming The Stunt Woman, she said she began to question her career choices. But a meeting with Tarantino when he visited Hong Kong, in which he “describ[ed] his favourite action sequences [from her movies] frame-by-frame”, quelled her concerns.

“The next thing I knew, we were talking and I was coming back to life,” she said. “I’ll never forget it. It was like, ‘I do love what I do.’ And that was a turning point where I felt, ‘I’ve paid my dues.’”

Meanwhile, the soundtrack for Everything Everywhere All At Once features tracks by the likes of André 3000, Mitski, David Byrne, Moses Sumney and more. Son Lux composed the score for the sci-fi action film.