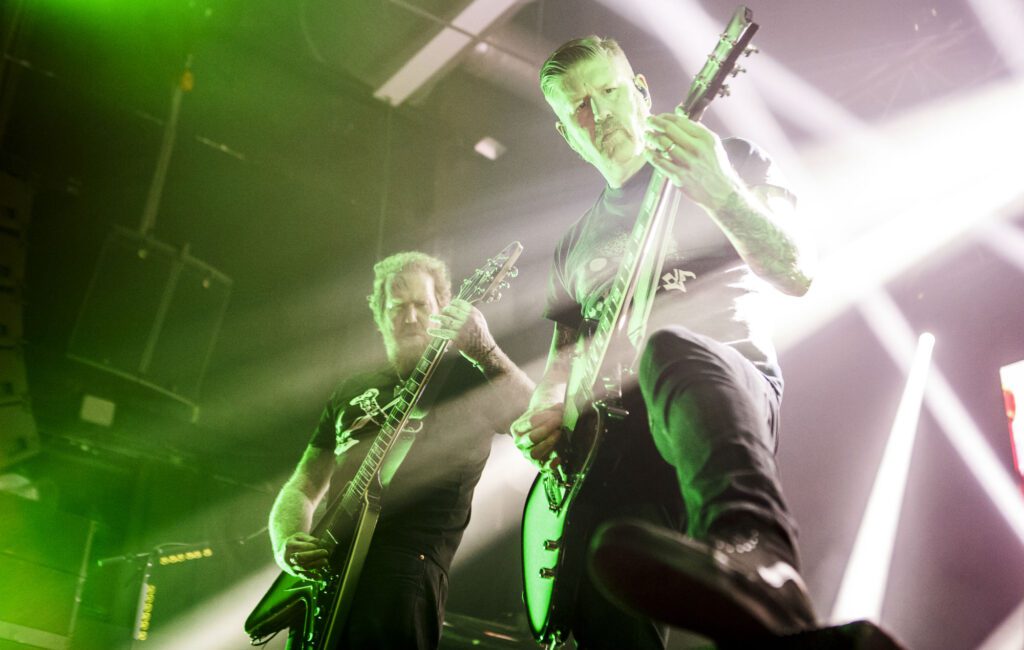 Mastodon have revealed that they’re working on a new song for the upcoming Bill and Ted film, Bill and Ted Face the Music.

Speaking on the RocknRoll Beer Guy podcast, guitarist Bill Kelliher said they were working on the track for the upcoming movie in addition to writing around “20 rough songs”.

Kelliher said: “We got asked, like a couple months ago, to be a part of the new Bill and Ted movie, to put a song in there. So we wrote a song to be in that movie which we’re kinda of wrapping up now. It’s pretty fun.”

You can listen to the podcast here:

Speaking about the band’s other new songs, Kelliher added: “I’ve definitely been writing like a madman, like crazy. It’s different than ‘Emperor of Sand.’

“There’s definitely a vibe going on. I don’t know how to describe it…The new record, the stuff I’ve written, it’s not quite as notey as [their last album], but it’s definitely got a more like Neurosis heaviness, simplified guitar parts.

“And Brann…he always demos most of the vocal ideas cause he always has melodies and stuff like that… and he’s been singing on a lot of it, at least for demo purposes. The vocals are kind of like a ‘Asleep in the Deep’ style, kind of Radiohead-ish almost, like real melodic, a lot of vocal harmonies.”

Earlier this month (May 6), it was revealed that the producers of the upcoming Bill and Ted film are giving fans the chance to appear in the new film.