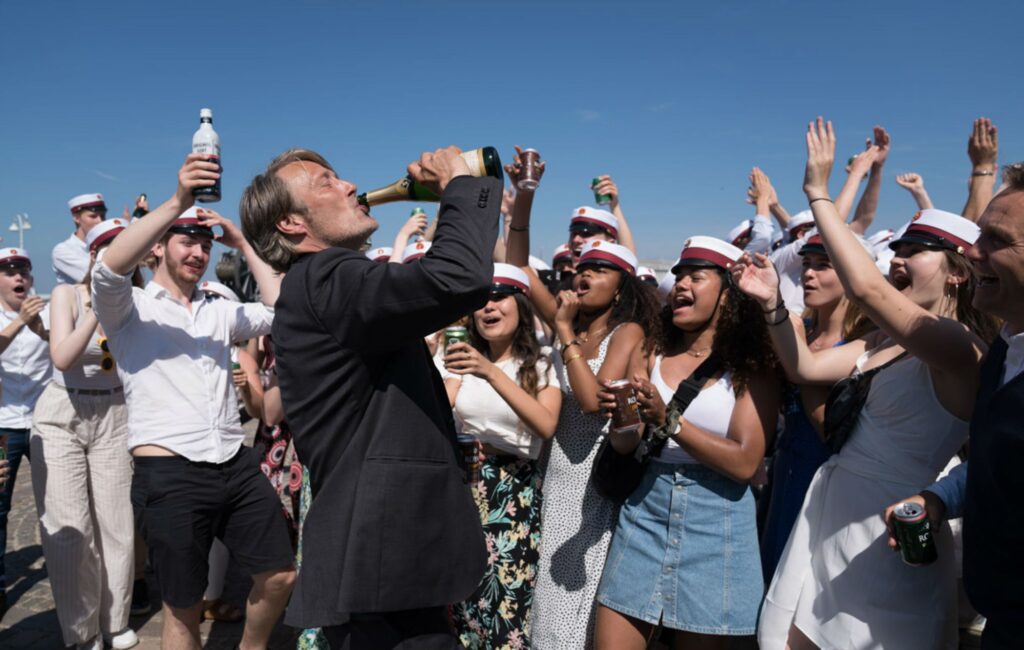 The new Mads Mikkelsen-starring comedy Another Round has scooped the Best Film prize at this year’s BFI London Film Festival.

The annual festival took place largely online this year due to the coronavirus pandemic, with the usual jury-selected prizes replaced by the Virtual LFF Audience Awards, which selected films only available virtually throughout the festival.

Another Round, which was also selected for this year’s Cannes Label and is directed by Thomas Vinterberg, stars Mikkelsen as an underappreciated middle-aged teacher who turns to drink alongside a group of friends.

“Thank you to the audience at the London Film Festival for bringing this award to us,” Vinterberg said. “We are very proud to receive this from a British audience; it’s a great honour. We are so sad that we can’t be there.”

“We know LFF means too much to both filmmakers and audiences. So how fitting, then, that we put audiences in control of the Awards this year with our first Virtual LFF Audience Awards. And dammit, don’t our audiences have great taste?!”

The festival comes amid a tough period for cinema due to the coronavirus pandemic, with cinemas including Odeon and Vue introducing new measures, while Cineworld recently announced it would temporarily be suspending operations, putting thousands of jobs at risk.

The winners of this year’s BFI London Film Festival are as follows: