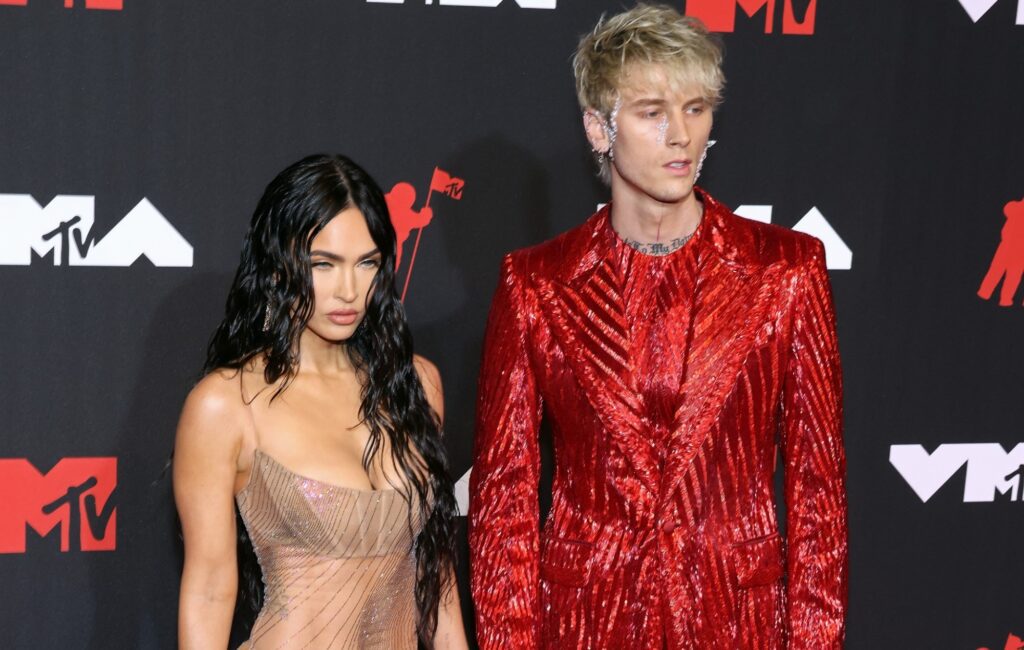 The film spotlights the performer, whose real name is Colson Baker, as a talented but troubled musician who spends his days and nights searching endlessly for the inspiration to record one last song.

According to Deadline, Fox will play Colson’s ex-girlfriend, while Rose will play his drug dealer and Lil Tjay one of his collaborators alongside Lil Meech and Narcos Mexico star Scoot Mcnairy. Malignant‘s Maddie Hasson has also joined the cast as Colson’s sister-like assistant.

The synopsis outlines that the film will explore “the darkness of fame, addiction, the artistic process and the music industry.”

Elsewhere, Baker has admitted that he once threw a knife in the air to impress real-life girlfriend Fox – and ended up stabbing himself.

The rapper and rock star appeared on The Tonight Show Starring Jimmy Fallon earlier this month, where he told the show’s host he once threw a knife into the air to impress Fox, only to end up stabbing himself in his hand and needing stitches.

“I threw it up and it stuck in my hand… I looked at her [Fox] and I was like ‘check this out’. The next morning, as soon as she left, I was like, ‘yo, I need stitches real quick,’” he said.

Colson can currently be seen in western movie The Last Son. He plays son to Sam Worthington’s murderous outlaw in the film, who must track down his estranged children when he learns of a prophecy in which one of them will kill him.