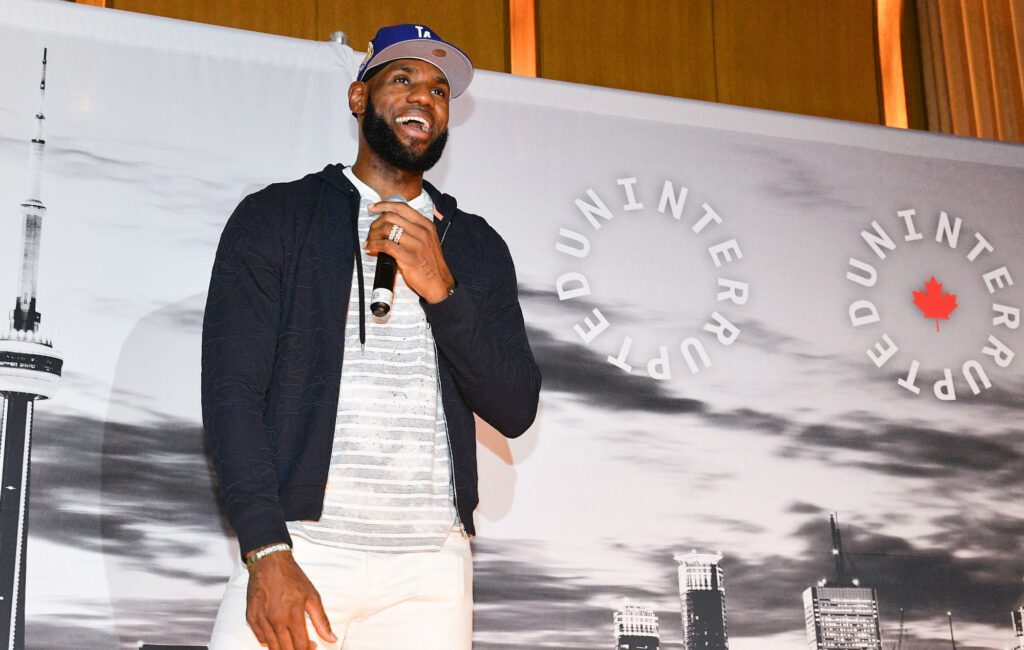 The LA Lakers star will play the lead role in A New Legacy, the follow-up — but not direct sequel — to the Michael Jordan-starring 1996 film. The new movie is set for release on July 16, 2021.

James dropped the first teaser for A New Legacy overnight through a post that appeared on the social media channels of his LeBron James Family Foundation, giving fans a first glimpse of the new ‘Tune Squad’ jersey during a 12-second promotional clip.

You can see the ‘Tune Squad’ jersey in the video below.

Would it be the Family Reunion without a special surprise?! @mavcarter gives our I Promise families the first ever look at @KingJames in his @spacejammovie ‘A New Legacy’ jersey! 👀🔥 pic.twitter.com/XsPYL1dvcU

A New Legacy is reportedly aiming to reboot the Space Jam franchise in the 2020s, with the new film being directed by Malcolm D. Lee (Girls Trip) and produced by Black Panther‘s Ryan Coogler.

Don Cheadle is rumoured to be appearing in the new film with James, while the likes of Klay Thompson, Damian Lillard, Diana Taurasi and Anthony Davis are all reportedly set to feature.

Speaking to The Hollywood Reporter back in September 2018, James expressed his excitement about the movie.

“The Space Jam collaboration is so much more than just me and the Looney Tunes getting together and doing this movie,” James told the publication. “It’s so much bigger.