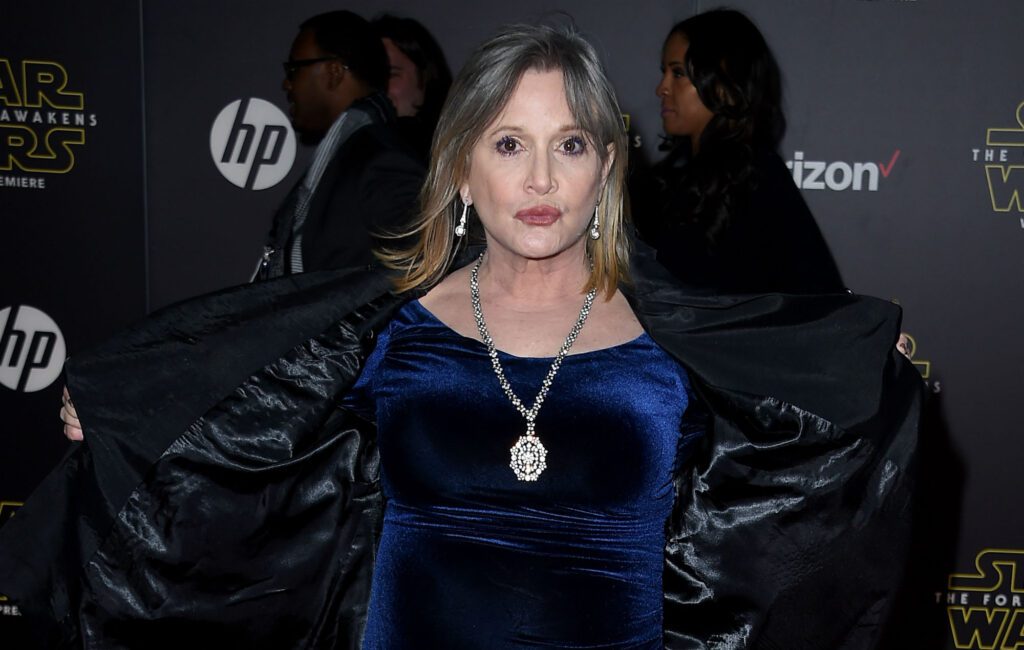 “Carrie Fisher rooted it for me, because I came up with this idea in 2008 and started writing it in 2011,” Millar said. “The financial crash was my big inspiration. But I didn’t quite have the hook on the main character Chloe.

“And then I read Carrie Fisher’s Wishful Drinking book, which made me realise how fascinating that was – that you can be awesome like Princess Leia, but because your mum and dad are more famous, you never feel you live up to their potential. Suddenly the character clicked into place with me.”

Carrie Fisher’s parents were Eddie Fisher and Debbie Reynolds, and in her 2011 book Shockaholic she said they “weren’t really people in the traditional sense. I think this was partly because they were stars before their characters had a chance to form.”

Opening up about his long-awaited meeting with the star, in 2015, Millar went on: “I met Carrie Fisher actually a little while before she died. I’m friendly with Mark Hamill and he introduced her to me.

“The two of us sat and we got on really well, we were sitting having a drink all night. Eventually I said to her, ‘This is going to sound crazy, but I’m doing this superhero thing and your book really inspired me, massively for it.’

“I told her all about it, and she was like, ‘Young man, that’s very interesting, but just go and get me another drink.’ So that was the end of the conversation!”

In a four-star review of the Netflix adaptation of Jupiter’s Legacy, out today, NME said: “What we have here is another small-screen comic book adaptation that brings its ideas as big as its heroes’ muscles.”