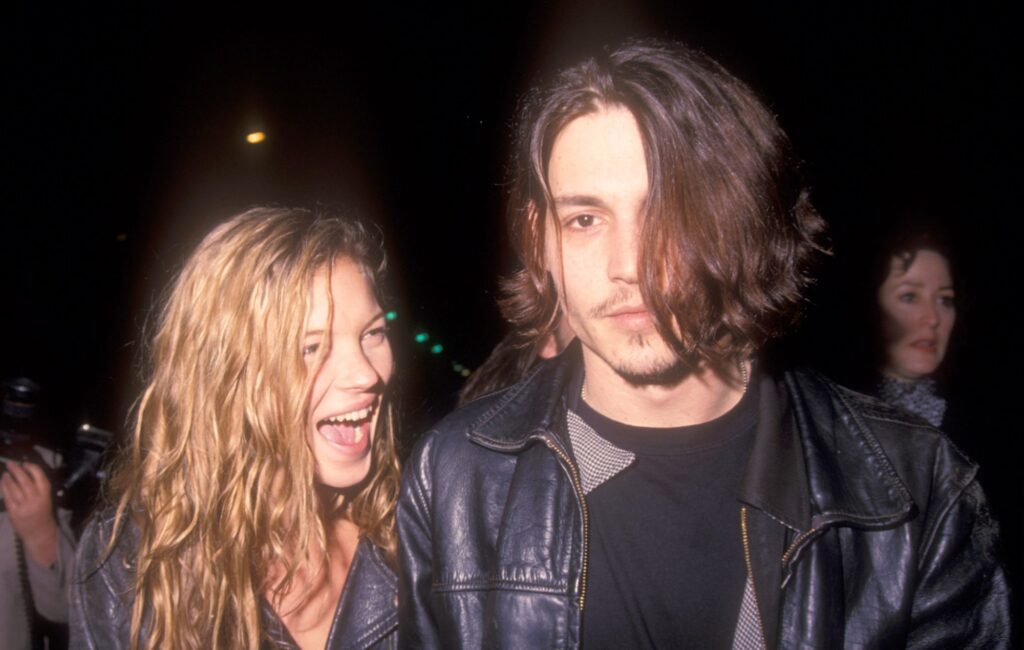 Kate Moss has revealed she was once gifted a diamond necklace by Johnny Depp that he’d pulled “out the crack of his arse”.

The model, who was in a relationship with Depp between 1994 and 1998, recalled the memory in a video on British Vogue looking back at her classic looks over the past 30 years.

Looking at an outfit from 1995, which paired a John Galliano dress with a diamond necklace, Moss said: “That diamond necklace Johnny gave me. They were the first diamonds I ever owned. He pulled them out the crack of his arse.”

She added: “We were going out for dinner and he said, ‘I’ve got something in my bum, can you have a look?’ And I was like, ‘What?’ I put my hand down his trousers and pulled out a diamond necklace. That diamond necklace.”

Earlier this year, Moss testified in the defamation trial between Depp and Amber Heard, where she denied a claim, made by Heard, that Depp had pushed Moss down the stairs in the ‘90s.

Explaining why she testified during an appearance on BBC Radio 4’s Desert Island Discs, Moss said: “I know the truth about Johnny. I know he never kicked me down the stairs. I had to say the truth.”

The jury in the trial ruled in favour of Depp, who was awarded $10million (£8million) in compensatory damages and $5million (£4.1million) in punitive damages. Heard was awarded $2million (£1.6million) for her counterclaim against Depp. In July, Heard filed an official notice to appeal the outcome.