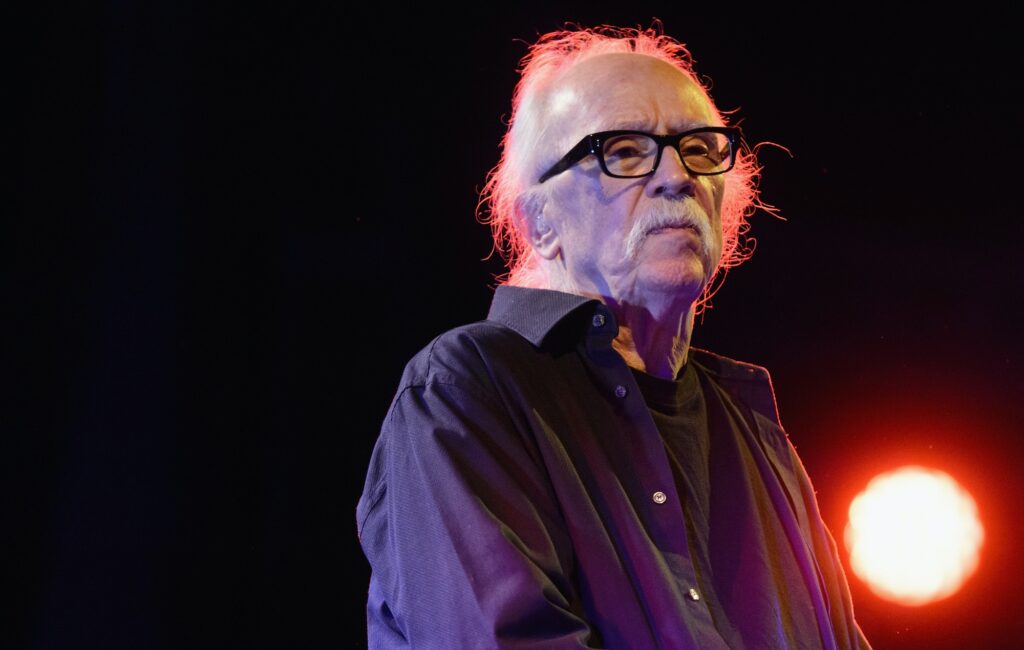 The tracks are his first not to feature on a film soundtrack since the release of his 2016 album ‘Lost Themes II’.

Both tracks were created in collaboration with Carpenter’s son Cody and godson Daniel Davis, who both work with the legendary composer on his Halloween soundtracks. Although both songs are available to listen to digitally below now, a deluxe limited-edition 12-inch with art by Chris Bilheimer will be released on August 28.

In a press release, Carpenter said: “It was refreshing to be able to write music that didn’t have to fit to any sort of locked image. We also had a specific focus and direction we wanted to follow when working on Halloween, both in terms of mindset and instruments, and being able to return to working without that narrow focus was refreshing.

“Although working on Halloween didn’t specifically influence any of these new compositions, there is always a honing of craft that must take place when working on a film like Halloween, and our improved skills definitely helped us in writing these songs.”

‘Skeleton’ and ‘Unclean Spirit’ are expected to feature on ‘Lost Themes III’. A release date for and further details of that new collection are yet to be confirmed. Meanwhile, Carpenter is also working on the music for Blumhouse’s Halloween Kills and Halloween Ends films.

Earlier this year, Carpenter released a set of previously unreleased music he composed as “musical cues” for the 1982 horror movie The Thing. The film featured a score from Ennio Morricone.