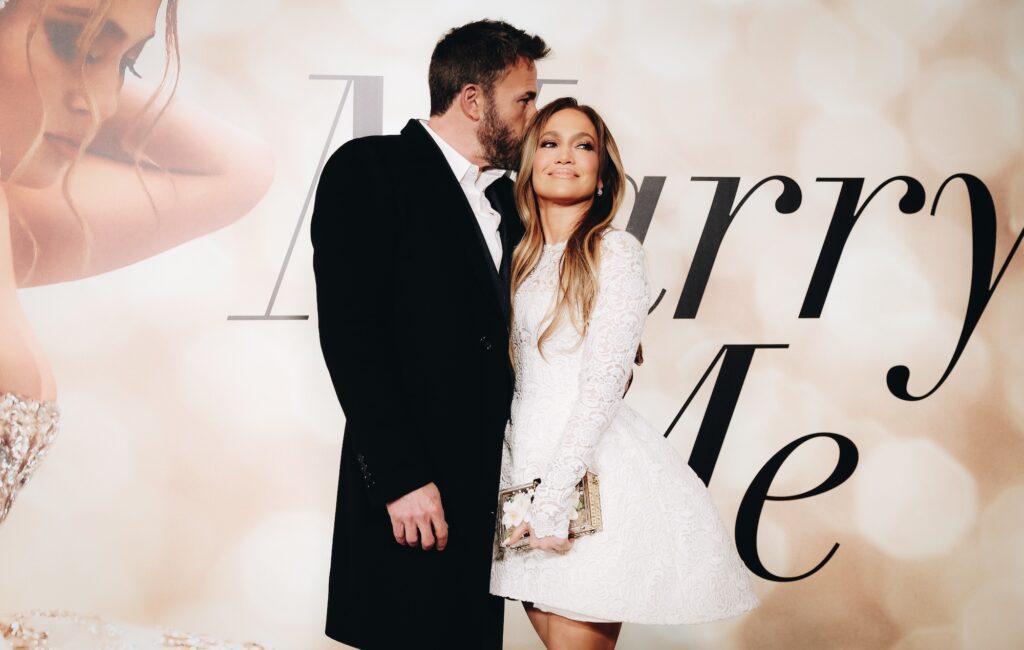 Jennifer Lopez performed a new and unreleased song of hers for her new husband Ben Affleck during their wedding this month.

The pair got married in Georgia earlier in August, and new footage obtained by TMZ shows Lopez performing a fully choreographed routine during the festivities.

The song, seemingly titled ‘Can’t Get Enough’, includes the lyrics: “All night / I can feel the passion / in your eyes / I’m still in love with you.”

The Georgia ceremony came after the pair officially tied the knot at an intimate ceremony in Las Vegas last month.

An Instagram post shared by JLo last month (July 17) featured an image of her laying in bed alongside a cryptic caption “Sadie! #iykyk”, which redirected fans to her personal newsletter, On The JLo, for more information.

The latest instalment of On The JLo featured several images and videos of her and Affleck tying the knot, as well as full details of their nuptials. “We did it,” Lopez wrote, “Love is beautiful. Love is kind. And it turns out love is patient. Twenty years patient.”

She continued: “Last night we flew to Vegas, stood in line for a license with four other couples, all making the same journey to the wedding capital of the world… all of us wanting the same thing – for the world to recognise us as partners and to declare our love to the world through the ancient and nearly universal symbol of marriage.

“They were right when they said, “all you need is love”. We are so grateful to have that in abundance, a new wonderful family of five amazing children and a life that we have never had more reason to look forward to.” Lopez signed off the message as Mrs. Jennifer Lynn Affleck.

The celebrity couple were first engaged back in 2002 before calling it quits two years later. Rekindling their relationship last year, Lopez, 52, and Affleck, 49, became engaged for a second time less than a year later in April 2022.