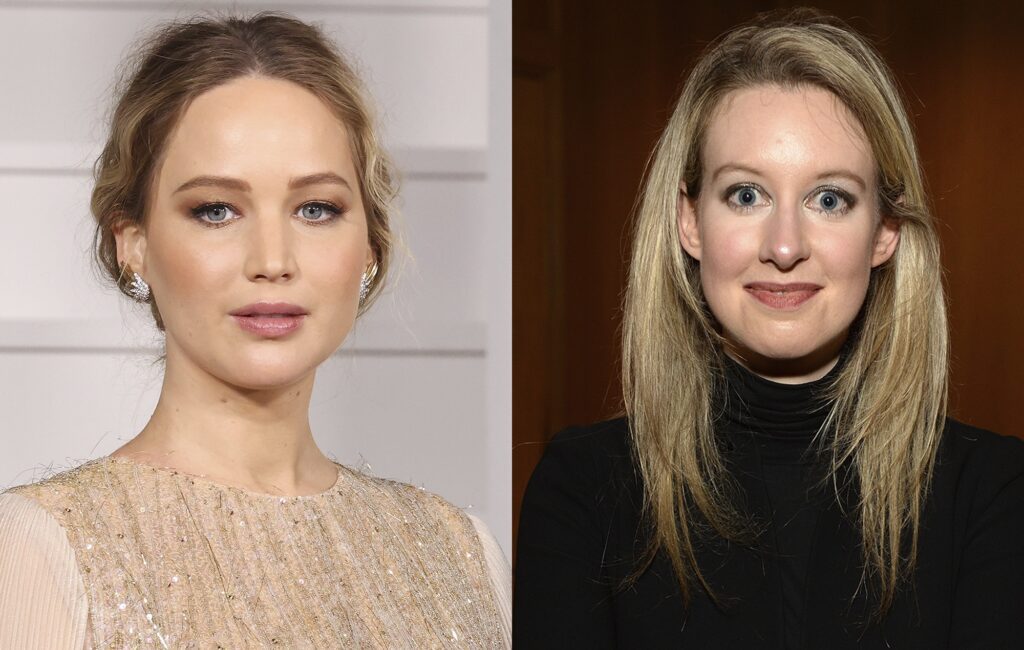 Jennifer Lawrence and Adam McKay are teaming up again on Bad Blood, a biopic about Theranos founder Elizabeth Holmes.

The actor will play Holmes in the forthcoming film, set to be written, directed and produced by McKay. The pair most recently worked together on the Netflix film Don’t Look Up.

Bad Blood will follow Holmes’ “spectacular rise and fall, one that began with the promise of revolutionizing the health care system and ended with the collapse of her company and a trial for fraud,” per Variety.

The film will be based on ‘Bad Blood: Secrets And Lies In A Silicon Valley’, written by Pulitzer-Prize winning investigate John Carreyrou who broke the initial story about Holmes.

Apple TV+ is set to release Bad Blood, but further casting details or shooting dates are yet to be confirmed– stay tuned for updates as they come in.

This month sees the release of Lawrence and McKay’s new film Don’t Look Up. An official synopsis for the film reads: “Kate Dibiasky (Lawrence), an astronomy grad student, and her professor Dr. Randall Mindy (DiCaprio) make an astounding discovery of a comet orbiting within the solar system.


Don’t Look Up will premiere worldwide on Netflix on December 24, after an initial theatrical run starting this Friday (December 10).

Don’t Look Up will premiere worldwide on Netflix on December 24, after an initial theatrical run starting this Friday (December 10).