Jamie Lee Curtis and Schwarzenegger only celebrities at Golden Globes 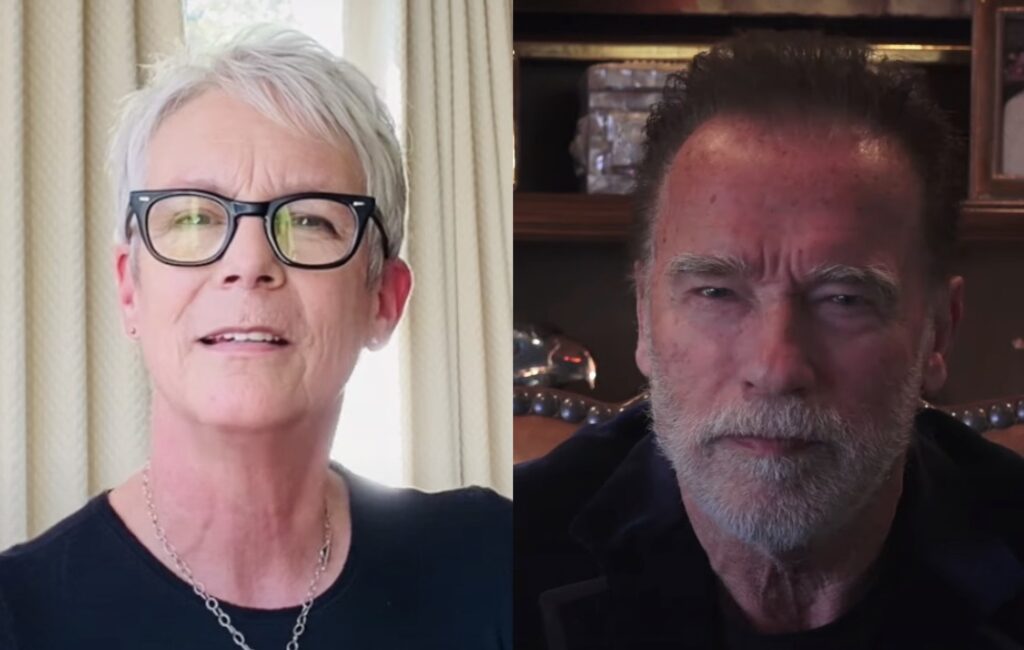 Jamie Lee Curtis and Arnold Schwarzenegger were the only celebrities to turn up to the Golden Globes this year amid controversy over organiser the HFPA’s diversity and practices.

Last night’s (January 9) ceremony was held as a non-televised private event, with the HFPA saying that no celebrities were invited.

Many famous faces have spoken out against the organisation, notably after it was revealed that no Black people were in the HFPA, while Scarlett Johansson has alleged that she faced “sexist questions and remarks by certain HFPA members that bordered on sexual harassment”.

However, during the private event, Halloween star Curtis appeared in a pre-recorded clip as she praised the HFPA’s philanthropic work.

“I just wanted to honour and stand with them in this continued advocacy of great need and great support that the HFPA continues to serve and offer with their generosity,” she said. “I am proud to be associated with them in this venture.”

Schwarzenegger also appeared in a clip praising the organisation, saying: “They understand that to support the arts and creativity, one must cultivate new diverse voices from all walks of life and all corners of the globe. I was one of their beneficiaries.”

HFPA president Helen Hoehne recently spoke about the organisation efforts to change, telling Sky News: “The HFPA really has worked very hard over the last nine months to reform the organisation from top to bottom. There are now people of colour included or involved in every decision making of the organisation.

“Change is hard for any organisation. I think that we’re not the only ones who had to look inside ourselves and say maybe we have to make some changes. But I think sometimes it just takes a little while.”

The Power Of The Dog and West Side Story were the big film winners at this year’s ceremony, taking home the respective Best Motion Picture Drama and Comedy or Musical prizes, as well as a handful of other awards.

Succession came out on top on the TV side of things, taking home three awards including Best Drama, Best Actor (Drama) for Jeremy Strong and Best Supporting Actress for Sarah Snook.