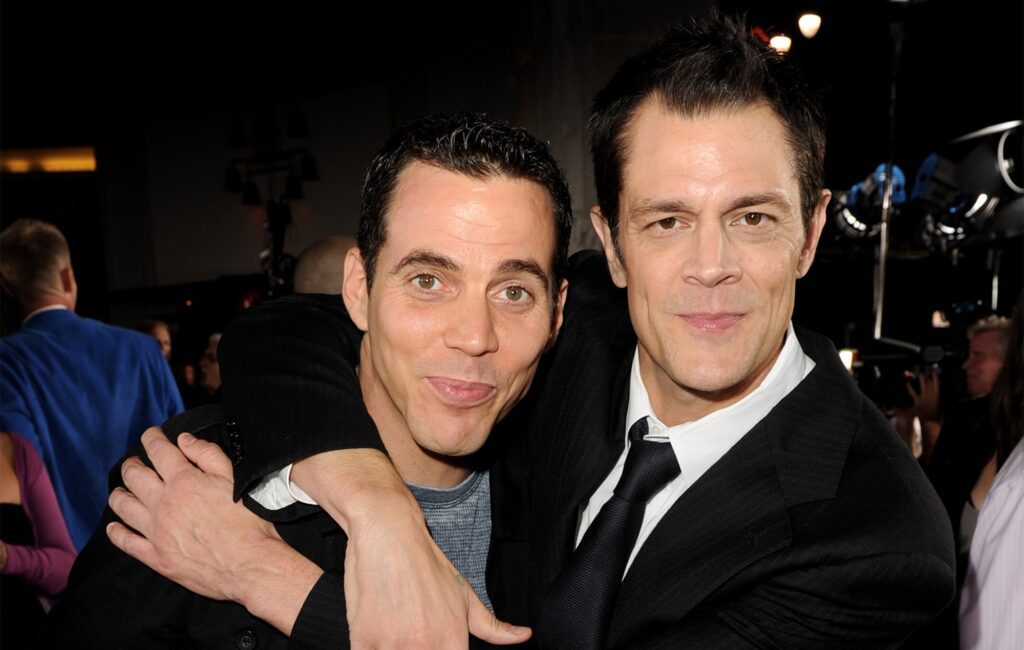 20 years after the series first launched, the crew has reunited to start production on the fourth film – and two of its stars ended up in hospital two days into the shoot.

Bam Margera, also a Jackass member, posted a video on his website revealing that filming had paused after two days following Knoxville and Steve-o’s injuries.

The video explains that the pair were trying to jump onto a moving treadmill while carrying musical instruments.

“Second day of filming Jackass and already Steve-O and Knoxville are hospitalised by jumping on a full-speed treadmill with band equipment,” Margera says in the video, speaking from a hospital waiting room.

He then adds: “Fuckin’ tubas.”

News of a fourth Jackass film was confirmed at the end of 2019, revealing the release date was set for March 5, 2021.

Back in 2016, NME interviewed Jackass star Steve-O where he talked about his hopes of a reunion for the franchise.

“I think the odds of a fourth Jackass film are virtually non-existent,” he said at the time. “The chances of us getting together for an unrelated project are much higher and I know that myself and Johnny Knoxville are both working on separate films that will allow for us to do all the stunts and antics that we’re known for built into a script.

“Both movies have a Jackie Chan approach, which is a story loaded with all kinds of physical stunts. We’re in a race as to who can get our movie out first.”