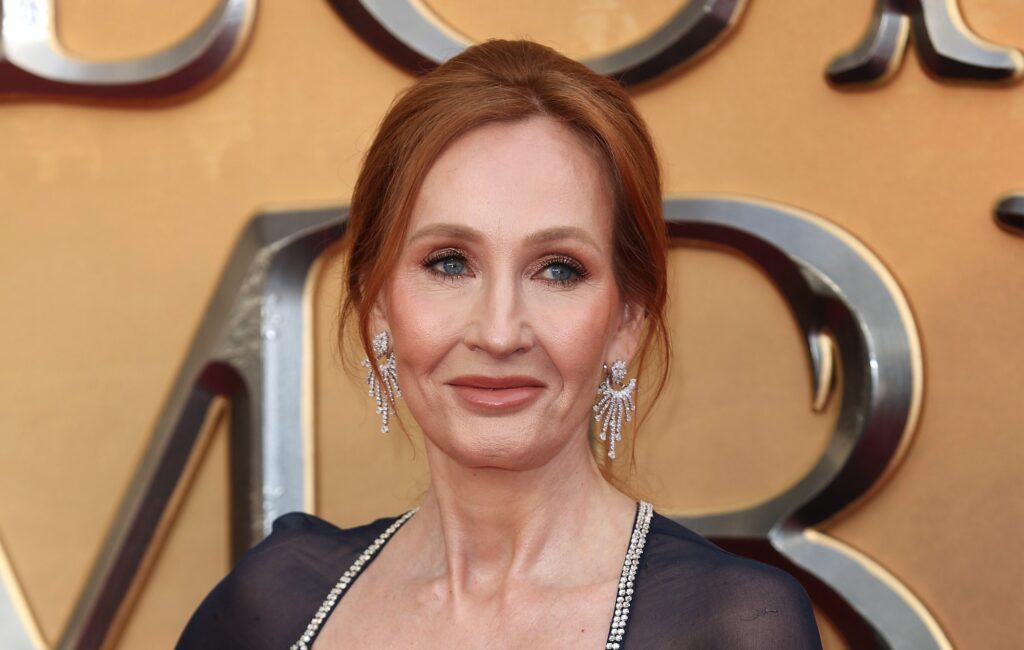 J.K. Rowling has revealed that she “didn’t want to” appear in Harry Potter 20th anniversary reunion special Return To Hogwarts, and wasn’t blocked from taking part.

Return To Hogwarts saw Daniel Radcliffe (Harry Potter), Emma Watson, who played Hermione Granger, and Rupert Grint (Ron Weasley) reunite with other cast members to celebrate the 20th anniversary of the first film in the series based on Rowling’s books, Harry Potter And The Philosopher’s Stone.

Upon the show’s airing in January, many critics noted the absence of Rowling, who only appears in archive video clips. There was then speculation that the writer was shut out of the programme after her previous comments about the trans community resulted in a backlash.

Speaking to Graham Norton on his Virgin Radio UK show this week, Rowling revealed that she was in fact asked to take part in the show, but decided not to.

She said: “I was asked to be on that and I decided I didn’t want to do it,. I thought it was about the films more than the book, quite rightly, that was what the anniversary was about.”

The author mocked an article with the phrase “people who menstruate” in its headline, implying that you can only be classed as a woman if you menstruate. Days later, she published a 3,000-word essay titled JK Rowling Writes about Her Reasons for Speaking Out on Sex and Gender Issues.

Grint, along with co-stars Radcliffe and Watson, was among those to criticise Rowling. “Trans women are women,” he wrote. “Trans men are men.”

During a televised meeting with cultural figures, Putin claimed there was a campaign against Russian culture in response to the world’s reaction after he ordered the country’s military to launch a full-scale invasion of Ukraine on February 24.

“Today they are trying to cancel a whole thousand-year culture – our people”, Putin said. “They are banning Russian writers and books.”

Putin was reported as saying: “They cancelled Joanne Rowling recently, the children’s author. Her books are published all over the world. Just because she did not satisfy the demands of gender rights,” he said, in reference to the backlash Rowling has received for her views on transgender issues.

Rowling later responded by saying “critiques of Western cancel culture are possibly not best made by those currently slaughtering civilians”.

Rowling referenced an article about anti-corruption campaigner Alexei Navalny who was jailed in Russia and hit out at Russia for allegedly “jailing and poisoning critics”.