If you call this number from 'Terminator: Dark Fate', Arnie picks up 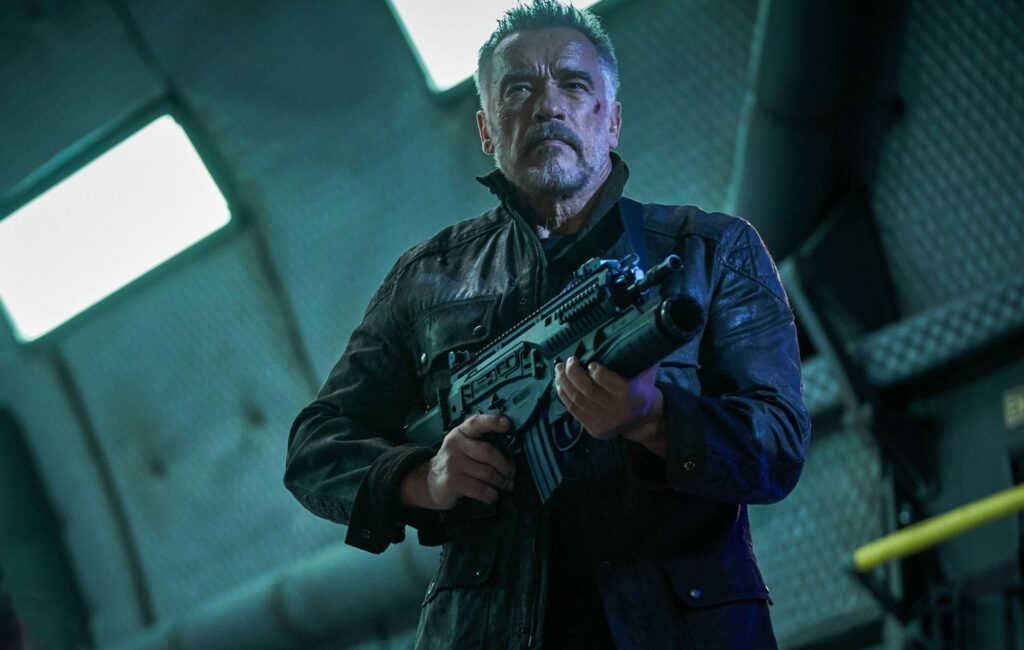 An Easter Egg from the latest Terminator movie has been discovered.

If viewers dial the number displayed on the side of Carl the curtain fitter’s (aka Arnold Schwarzenegger’s T-800) van seen in the film, they’ll get a voicemail from the star himself.

In last year’s Terminator: Dark Fate, T-800 ends up adopting a human life as a curtain handyman. Eagle-eyed ScreenCrush editor and columnist Matt Singer discovered recently that if you call the phone number shown on the side of Carl’s work van (888-512-1984), there’s actually a dial tone and a connection.

I called the phone number on the side of the van owned by Arnold’s Terminator (who works as a drapery salesman) in DARK FATE: pic.twitter.com/1TX94dWwU3

Singer posted a recording of the process via Twitter yesterday (July 8). The voicemail plays out with Arnie’s voice, saying: “Hi, this is Carl’s Draperies. We have the best drapes and curtains anywhere in Texas. I can guarantee you that. Sorry we’re not here right now to answer your call, but we’ll call you back. Until then, hasta la vista.”

As Digital Spy notes, the quirk of the Carl storyline is that when Schwarzenegger’s T-800 successfully murders a young John Connor, he becomes aimless because Skynet has already been destroyed. T-800 decides to live as Carl and build himself a quiet life on Earth with his own family.

T-800 later teams up with Linda Hamilton’s Sarah Connor, Mackenzie Davis’ Grace and Natalia Reyes’ Dani, and explains the importance of choosing the right curtains for a room in what is regarded as one of the 2019’s films best moments.

In other news, Schwarzenegger recently launched a $10m (£7.7m) lawsuit against Russian robotics company Promobot for using his face to promote one of its products.