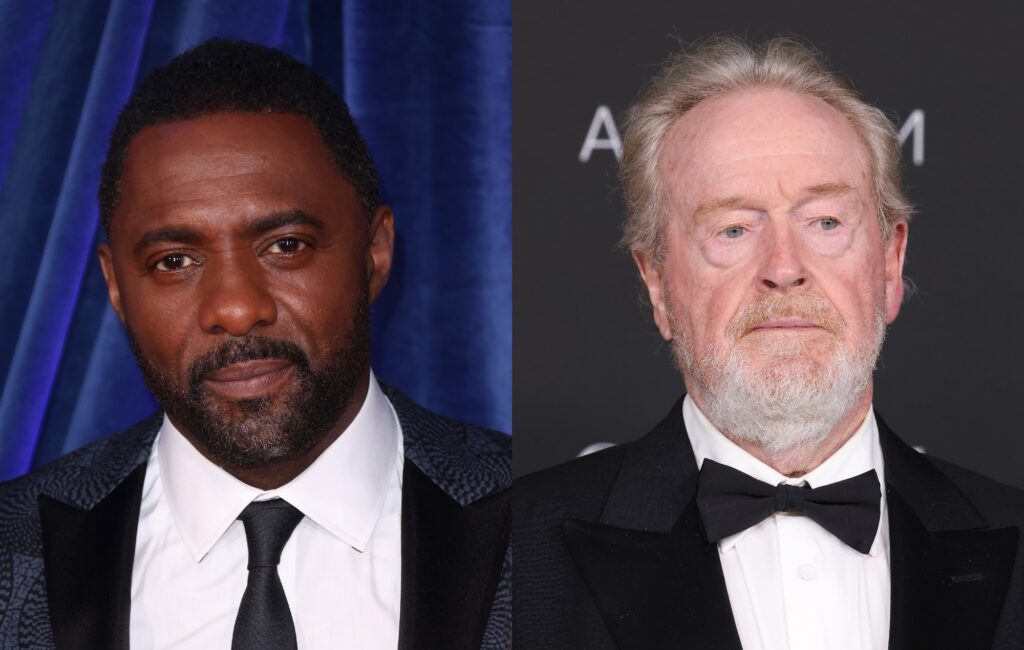 Idris Elba believed he’d been genuinely shot while filming a scene for American Gangster, according to director Ridley Scott.

The actor played a dealer called Tango in the 2007 crime film, alongside Denzel Washington, Russell Crowe and Chiwetel Ejiofor.

Speaking to MailOnline, Scott recalled a scene where Frank Lucas (Washington) puts a gun against the forehead of Tango (Elba), explaining that the weapon used on set had a solid filled-in barrel with no bullets or blanks in it.

To provoke a realistic reaction from Elba, Scott told the actor to lean his head against the barrel so he’d be shocked by the recoil.

“What happened was, I said to Idris ‘listen, when he puts the gun to your head lean on the gun’ – because by the way this is a gun with a solid barrel, there is no aperture, I would never risk it – but when you pull the trigger there’s a recoil, there’s no blank, nothing.

Ridley added: “He pulled the trigger and it goes bang. Idris thought he’d been shot and dropped to the sidewalk and said, ‘I’ve been shot!’”

Firearm expert Paul Biddiss, who acts as an advisor on weaponry for films and currently works with Scott, said the director is “very hot on safety”.

He added: “What he was referring to by a solid barrel is a completely filled in barrel that no bullet would be able to pass through, so it was a completely deactivated impractical gun as far as firing anything was concerned.

“But he was still able to create a recoil effect for the film’s purposes by using something used in films called a UTM round, which can be put in a weapon that has had the barrel completely filled, and it still causes blowback.”

He describes the round as a “small silver case with compressed air that reacts” which is “quite often used in close up execution shots in films”.

The anecdote comes after the tragic shooting on the film Rust last month (October 21), where Alec Baldwin fired a prop gun on set which resulted in the death of cinematographer Halyna Hutchins and injured director Joel Souza.

Earlier this month, a crew member filed a lawsuit against the film’s production team for general negligence which caused “severe emotional distress” to the defendant.