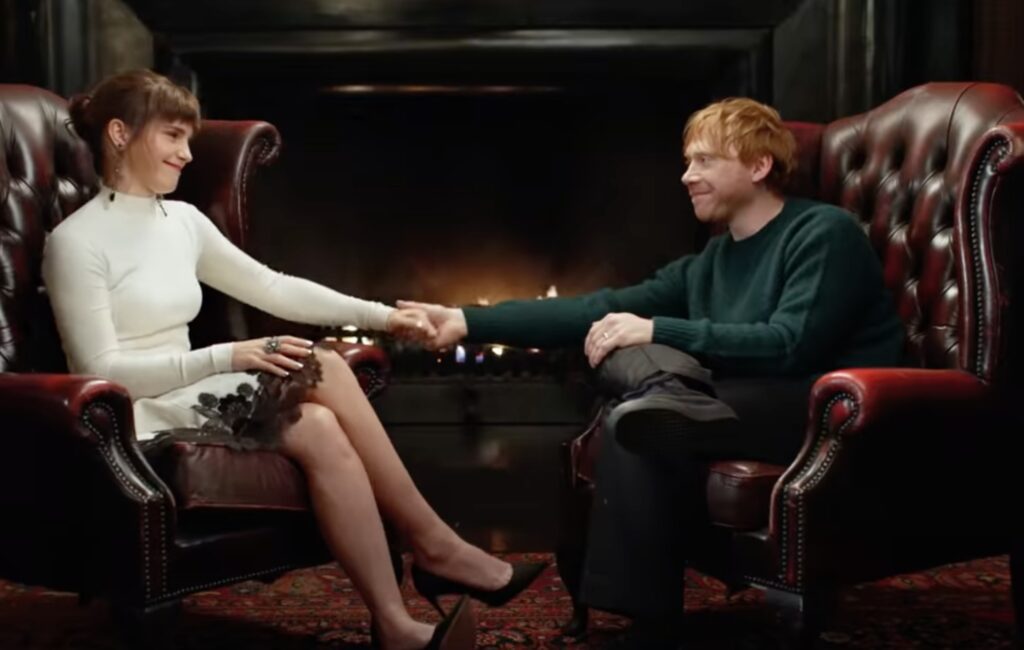 HBO has shared an updated version of Harry Potter 20th Anniversary: Return To Hogwarts after fans and cast members spotted onscreen mistakes in the special.

The reunion was made available to stream from New Year’s Day (January 1) and sees the Harry Potter cast reunite to reminisce about the eight movies in the hit franchise while sharing previously unheard stories.

Shortly after Return To Hogwarts landed, some viewers clocked that a childhood photograph of actor Emma Roberts was used during a segment about Emma Watson (who portrayed Hermione Granger).

Elsewhere, Oliver Phelps (who played George Weasley) took to Instagram to post a screenshot from the special that mixed up him and his identical twin brother James Phelps (Fred Weasley).

“I guess after all those pranks over the years somebody decided to get their revenge,” Oliver wrote as the caption. “It was fantastic to be part of the HP reunion. Hope you all enjoyed it.”

In response, the producers of Return To Hogwarts wrote in a statement: “Well spotted Harry Potter fans! You brought an editing mistake of a mislabeled photograph to our attention. New version is up now.”

At one point in the reunion show, Emma Watson revealed that she almost quit the Harry Potter series ahead of the release of its fifth film, Harry Potter and the Order of the Phoenix.


“I think I was scared,” she said. “I don’t know if you ever felt like it got to a tipping point where you were like, ‘This is kind of forever now’.”

Meanwhile, JK Rowling’s absence from Return To Hogwarts has been criticised by a number of critics.
Share: