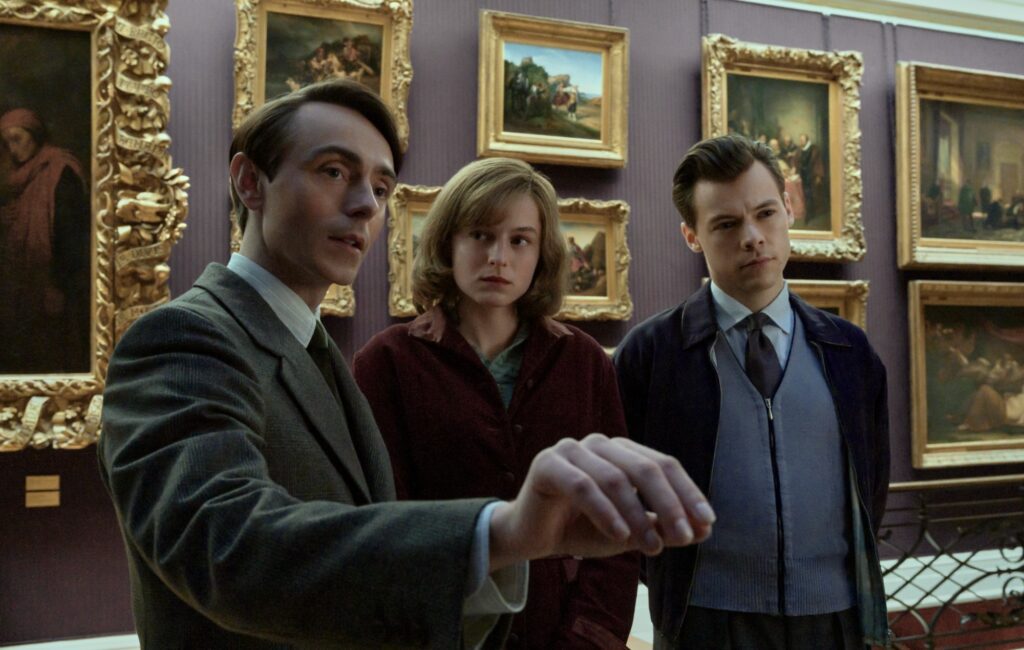 A trailer has been released for My Policeman starring Harry Styles and Emma Corrin – check it out below.

Based on the novel by Bethan Roberts, My Policeman is a romance drama set in 1950s Brighton about a love triangle between gay policeman Tom Burgess (Styles), his wife Marion Taylor (Corrin) and his lover Patrick Hazlewood (David Dawson).

The film, directed by Michael Grandage, also flashes forwards to the 1990s, with older versions of the characters played by Linus Roache, Gina McKee and Rupert Everett respectively.

The trailer sets up the forbidden love triangle at play, soundtracked by Cat Power’s ‘Sea Of Love’.

“Flashing forward to the 1990s, Tom, Marion and Patrick are still reeling with longing and regret, but now they have one last chance to repair the damage of the past.”

My Policeman has been adapted by screenwriter Ron Nyswaner, known for his work on films like Freeheld and Showtime series Ray Donovan. Grandage, Michael Riley McGrath and Caroline Levy serve as executive producers.

The film marks the latest acting role for Styles, following appearances in Christopher Nolan’s Dunkirk, Marvel’s Eternals and Don’t Worry Darling from director Olivia Wilde – which had its premiere earlier this month.

The film is scheduled to be released in cinemas on October 21. It will be available on Amazon Prime Video from November 4.