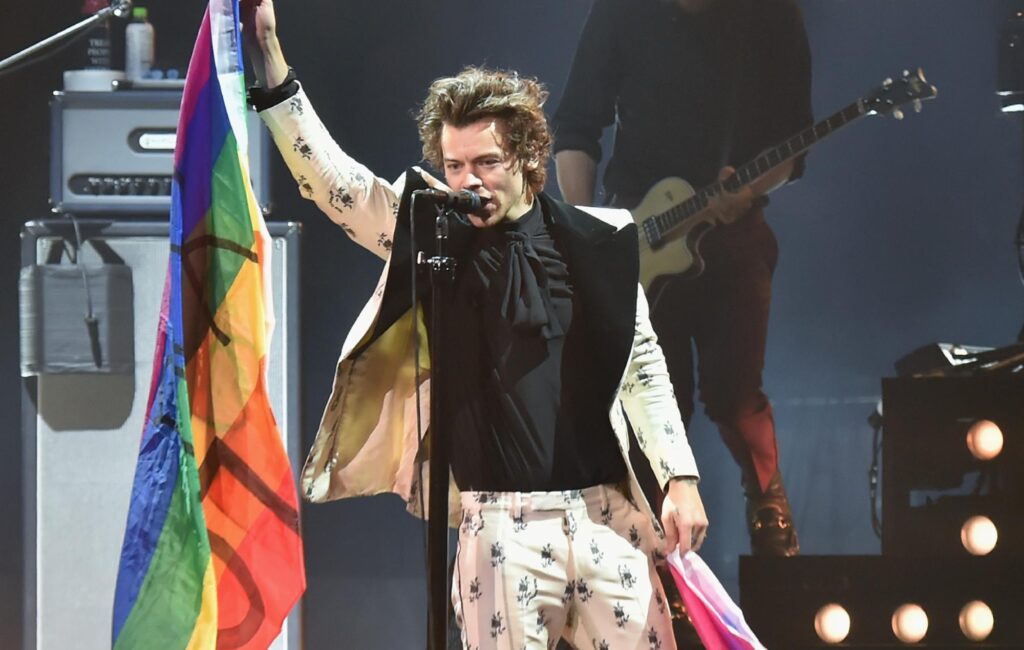 Harry Styles dressed up as Dorothy from The Wizard Of Oz to perform the film’s classic song ‘Somewhere Over The Rainbow’ during the US leg of his world tour.

The soloist and former One Direction singer donned a dress mimicking that of Dorothy’s in the 1939 film, complete with rosy red cheeks and a bow for his hair.

He performed the cover at Madison Square Garden in New York City last night (October 30) for the ‘Harryween Fancy Dress Party’, which was advertised as having guest appearances by Orville Peck and Madison Cunningham.

Watch fan-shot footage of the performance below:

Meanwhile, in other Styles news, BTS’ Jungkook has shared a moving cover of his song ‘Falling’ from the singer’s 2019 album ‘Fine Line’.

Shared to the official BANGTANTV YouTube on Friday (October 29), Jungkook’s rendition stays true to the original with his vocals mirroring those of Styles.

It’s the latest of several popular covers that Jungkook has shared on both YouTube and SoundCloud over the years, including renditions of Charlie Puth‘s ‘We Don’t Talk Anymore’, Adam Levine‘s ‘Lost Stars’ and Justin Bieber‘s ‘Nothing Like Us’, ‘Purpose’ and ‘2U’.

Styles also paid tribute to Halsey at another Madison Square Garden show recently as part of his ‘Love On Tour’ while the singer was in attendance.

During a performance of the song ‘Kiwi’, Styles noticed Halsey in the audience and tweaked a lyric from the song in tribute to her. Instead of the usual lyric of “I’m having your baby”, Styles instead sang the line “You just had a baby” while pointing at them.