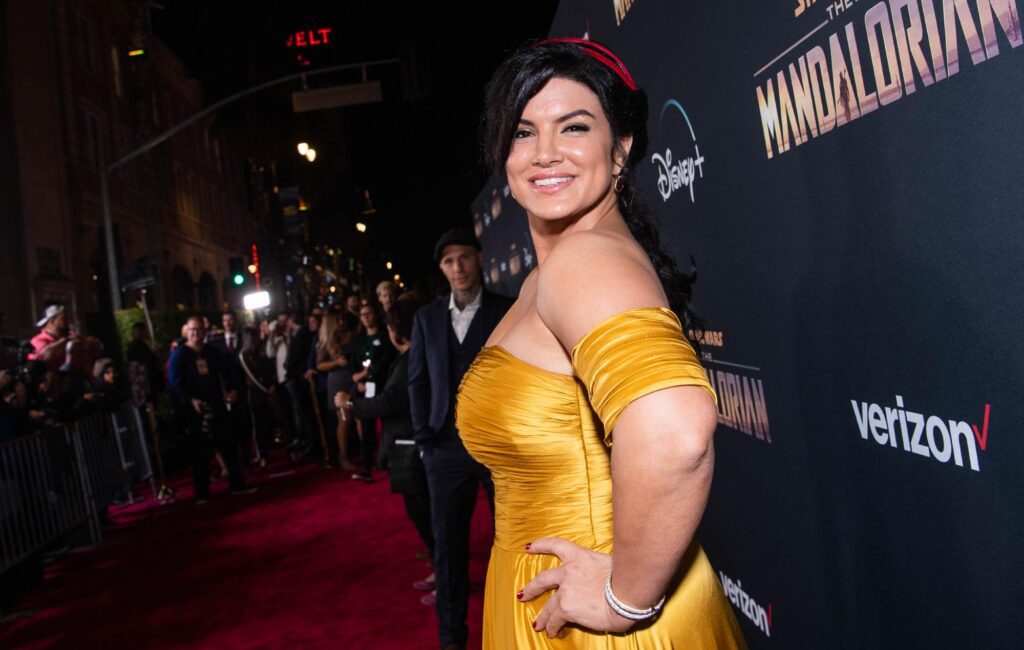 Gina Carano, who was dismissed from Disney+ Star Wars spin-off The Mandalorian earlier this year, will star in a film that takes aim at Joe Biden.

The actor will co-star in the film, called My Son Hunter, with controversial British actor Laurence Fox. He will play Biden’s son Hunter.

The film will follow the president’s youngest son as an avid party goer, who has achieved his lifestyle by going into business with China, Ukraine and Russia.

“[Carano] is a world-weary secret service agent present at most of the Biden family’s dodgy dealings,” said the film’s producer, as reported by Deadline.

“She provides a voice of truth and Sardonic comedy over the absurd dealings of the Biden family and various Chinese, Russian, and Ukrainian oligarchs. She is present throughout the film – commenting and sometimes narrating the absurd life and party lifestyle of Hunter Biden and the dodgy dealings of his father.”

Carano added: “The script was instantly intriguing and side achingly hilarious to me, especially after being newly exposed to the political realm in 2020.

“[Director] Robert Davi is someone who reached out to me as soon as I was ‘cancelled’ in Feb. 2021. I signed on in support of him and one of my favourite humans Laurence Fox.”

Carano was let go from The Mandalorian in January after reportedly posting an Instagram Story in which she compared being Republican in the current US political climate to being Jewish during the Holocaust.

In a statement from Lucasfilm provided to Variety, the production company confirmed “Carano is not currently employed by Lucasfilm and there are no plans for her to be in the future.