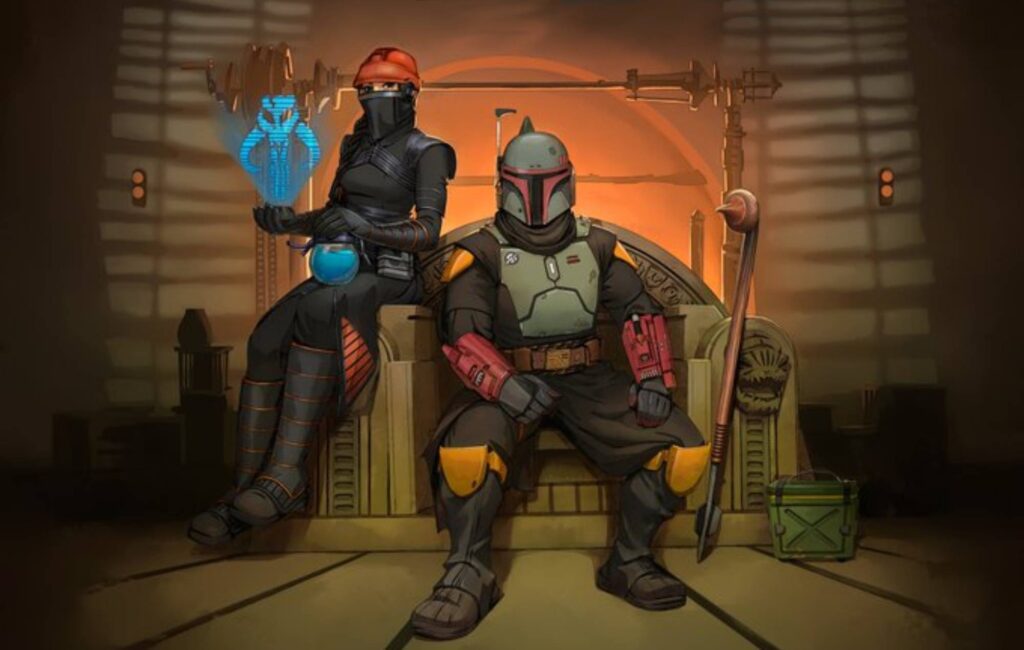 Star Wars antihero Boba Fett is heading to the island as Epic Games announced the iconic bounty hunter is coming to Fortnite.

The announcement came during Disney+ Day, with Boba Fett making his Fortnite debut as a new skin – celebrating the upcoming Star Wars series, The Book of Boba Fett.

“Boba Fett will be making his arrival on the Island December 24, 2021 at 7pm ET,” they revealed via twitter.

Boba Fett will be making his arrival on the Island December 24, 2021 at 7pm ET! #DisneyPlusDay pic.twitter.com/cj9iC6WRBZ

Alongside the new Fortnite skin, Disney also revealed a new documentary, Under the Helmet: The Legacy of Boba Fett which charts the character’s humble beginnings as a “supertrooper” to his upcoming solo TV series.

Of course, this isn’t the first time a Mandalorian has appeared in Fortnite with Din Djarin, the star of The Mandalorian, available last year as part of a special questline.

The quest, which was available in the Chapter 2: Season 5 Battle Pass, saw players traversing the island to collect bars of Beskar which The Mandalorian turned into his famous armour.

It’s unclear whether Boba Fett will be available to purchase or appear as a similar questline in the highly popular battle royale. But it looks as though he will be joined in some capacity by his right-hand woman, Fennec Shand.

Appearing alongside Boba in Fortnite’s promotional tweet, the former Imperial sniper first featured in The Mandalorian as a stand-alone character, before throwing in her lot with the legendary Boba Fett.

The legendary bounty hunter will arrive in Fortnite on December 24, 2021 – the weekend before The Book of Boba Fett  debuts on Disney+ on December 29.

Meanwhile, Control developer Remedy has plans for a new studio in Sweden, which will open its doors in 2022, and elsewhere, Doom creator id Software is challenging a thrash metal band called “doomscroll” for copyright infringement.