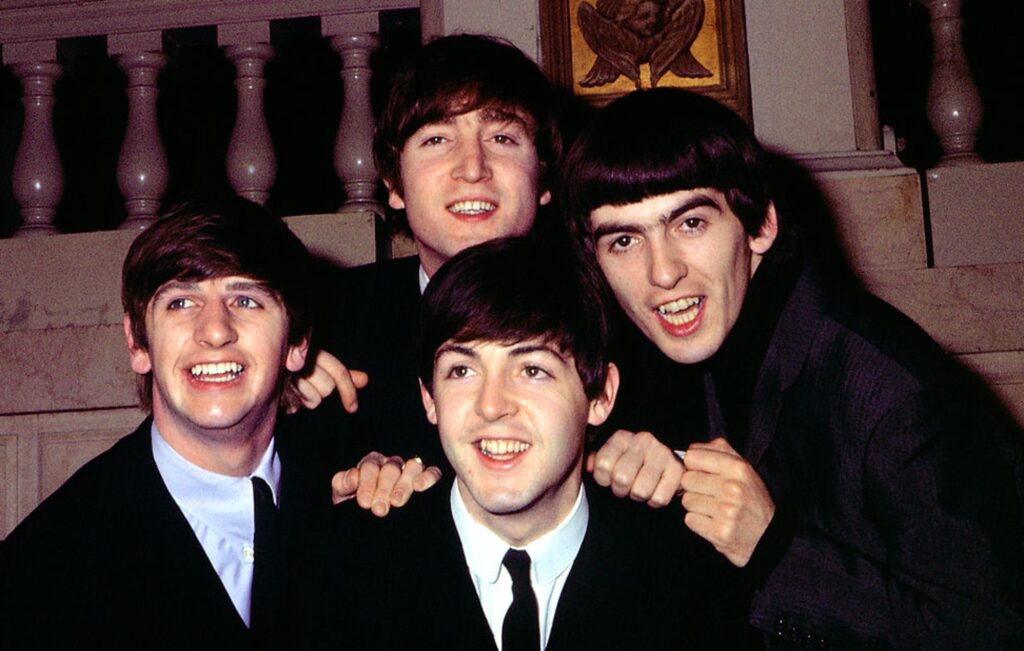 The actors playing The Beatles in the forthcoming Midas Man film have been announced.

As revealed earlier this week, the biopic of the Fab Four’s manager Brian Epstein will see Jay Leno take on the role of late TV host Ed Sullivan (The Ed Sullivan Show).

Now, as Deadline reports, Jonah Lees (The Letter For The King) is set to portray John Lennon while musician Blake Richardson (from the band New Hope Club) will appear as Paul McCartney.

You can see the first-look official images of The Beatles in Midas Man below.

Director Sara Sugarman said of the new castings: “The actors playing the Beatles are an extraordinary group they ooze that very visceral feeling of the ’60s, are charming, playful, and so authentic and I have no doubt that Jay Leno will capture the essence of Ed Sullivan perfectly.

“His own experience as an American television host will bring forward a natural, and accurate portrayal and add an incredible element of modern showbiz to the story.”

It was previously confirmed that The Queen’s Gambit’s Jacob Fortune-Lloyd will portray Brian Epstein, the Liverpudlian record shop manager who is credited with signing The Beatles.

Production on Midas Man recently shut down mid-shoot, as former director Jonas Akerlund was said to be “taking a break” from the project and “unlikely to return”.

“Until some matters become clearer, we are not able to add any further comment to this statement,” a quote from the production read. “In the meantime, we can confirm that filming of Midas Man will continue in London in November before breaking for Christmas. Filming will restart in early January in Los Angeles.”

It has since been confirmed that Vinyl director Sugarman would be taking over from Akerlund. As Deadline report, production on the film is set to move to the US in early 2022.

A release date for Midas Man is yet to be confirmed.