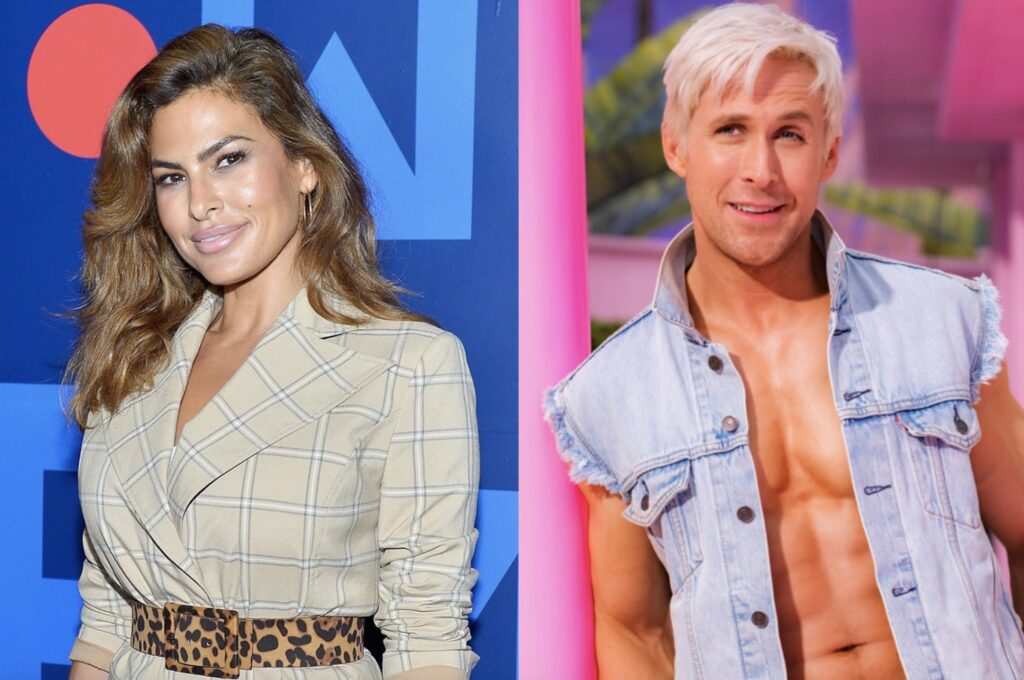 Eva Mendes has shared her thoughts on Ryan Gosling’s Ken in the upcoming Barbie film.

Gosling will play a human version of the doll in the new film, which is being directed by Little Women‘s Greta Gerwig.

He stars alongside Margot Robbie, Will Ferrell, America Ferrera, Simu Liu, Kate McKinnon and Saoirse Ronan. Sex Education stars Emma Mackey and Ncuti Gatwa, who was recently announced as the new Doctor Who, will also feature in the film.

The internet has since been reacting to the image, and Mendes, who has been in a relationship with Gosling since 2012, has now shared her thoughts.

Sharing the image on Instagram, the actress wrote: “So. F. Funny. So. F. Good. So F excited for you to see this…#Thatsmyken.”

Actress Rita Wilson, who is married to Tom Hanks, replied to the post: “I mean…..I really cannot even… This is breaking the internet for sure.”

The new image of Gosling comes almost two months after Warner Bros. released a first-look image of Margot Robbie as Barbie. The actress was seen posing in a pink convertible car while wearing a blue headband, a blue pearl bracelet and a blue dress.

Ryan Gosling will reportedly play one of numerous Kens in the film, with another being portrayed by Shang Chi and the Legend of the 10 Rings star Simu Liu.

Plot and further character details are currently being kept under wraps, but, according to The Hollywood Reporter, Ferrell will play the CEO of a toy company that “may or may not” be Mattel.

Mendes and Gosling have been together since meeting on the set of The Place Beyond the Pines in 2012. The couple share two children together.