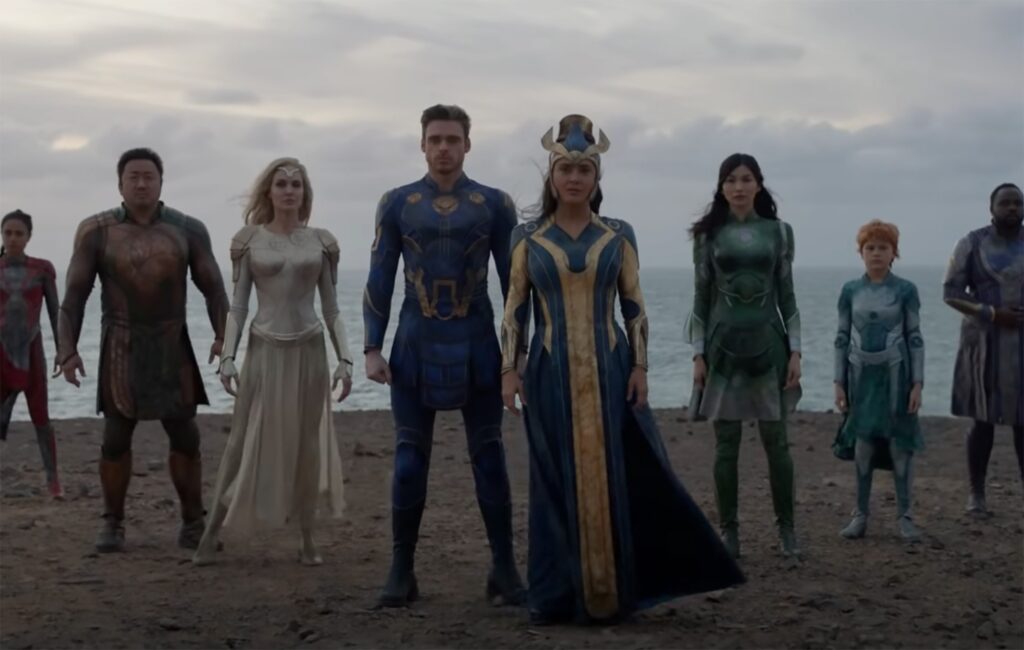 Eternals has set an undesirable record as the worst-rated film in the Marvel Cinematic Universe on Rotten Tomatoes.

The movie is based on the Marvel comics of the same name, focusing on the immortal alien race called the Eternals who have come out of hiding in order to save Earth from the Deviants.

While some critics who were privy to the film’s early screenings praised its scope and ambition, others were disappointed, with IndieWire‘s David Ehrlich labelling it as “just misfit spandex people fighting bad CG for 3 hours”.

Eternals‘ current score of 53 per cent on the popular review aggregator site saw it rate far below Iron Man 2 (72 per cent) – considered by many Marvel fans to be the weakest entry in the franchise – as well as Thor: The Dark World (66 per cent) and Edward Norton’s The Incredible Hulk (67 per cent).

NME offered a more favourable four-star appraisal, saying: “Like much of the film, this final act looks a little different to other MCU climactic battles. [Director Chloé] Zhao can’t escape ropey CGI entirely – there’s something a bit ’80s about the way she presents the Eternals’ Celestial leader, Arishem – but Eternals is frequently stunning without being caked in production gloss.”

Harington recently discussed the current state of Camden in London, meanwhile, believing “the spirit of the place died” following the death of Amy Winehouse.

The singer, who was born in London and resided in Camden when she died of alcohol poisoning in July 2011, was mentioned by Harington while discussing filming in the location for Eternals.

Speaking in an interview with NME released today (November 3) – which you can watch above – the actor said: “I remembered the days of going out and seeing Amy Winehouse in Camden and I always felt with Camden that there was something about the spirit of the place that kind of died when she died. I feel like it needs to regain that maybe.”