'Enola Holmes 2': get a first look at Millie Bobby Brown in new sequel 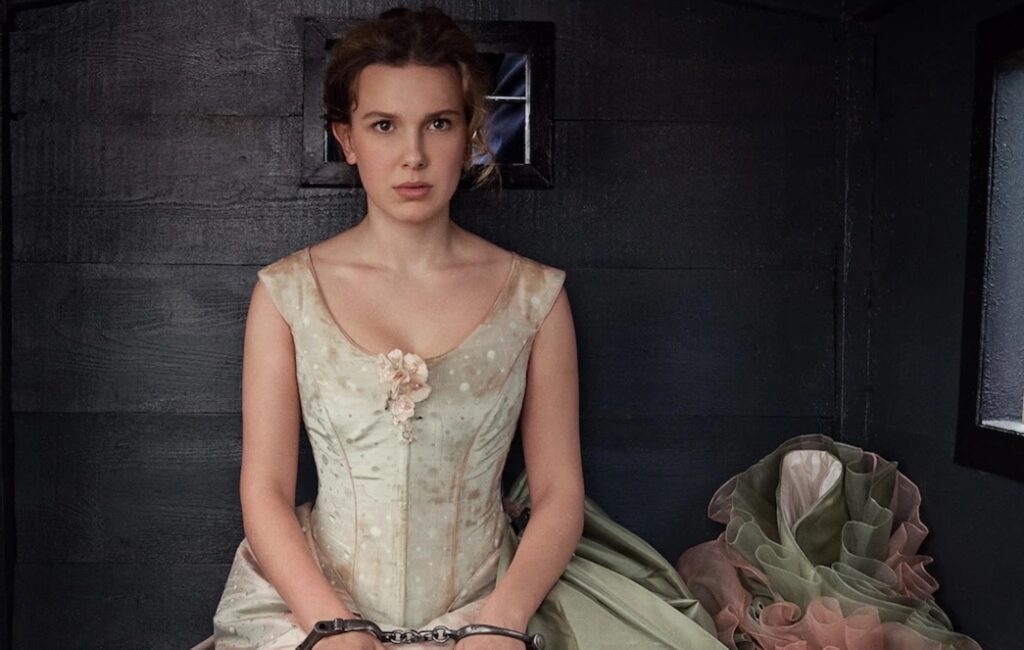 A first look at Stranger Things star Millie Bobby Brown in the forthcoming Enola Holmes sequel has been shared.

The show debuted on Netflix in 2020, with Brown playing the titular role alongside Henry Cavill as Sherlock Holmes.

Both reprise their roles in the forthcoming sequel, which is set to hit the streaming service on November 4.

A synopsis for the new season reads: “Fresh off the triumph of solving her first case, Enola Holmes (Brown) follows in the footsteps of her famous brother, Sherlock (Cavill), and opens her own agency — only to find that life as a female detective-for-hire isn’t as easy as it seems.

“Resigned to accepting the cold realities of adulthood, she is about to close shop when a penniless matchstick girl offers Enola her first official job: to find her missing sister.”

It adds: “But this case proves to be far more puzzling than expected, as Enola is thrown into a dangerous new world — from London’s sinister factories and colorful music halls to the highest echelons of society and 221B Baker Street itself. As the sparks of a deadly conspiracy ignite, Enola must call upon the help of friends — and Sherlock himself — to unravel her mystery. The game, it seems, has found its feet again!”

According to the Hollywood Reporter, the second instalment was greenlit after the film was viewed by 76million households within the first 30 days of its release back in September.

Based on the six-part novel series by Nancy Springer, Enola Holmes follows the teenage detective as she travels to London to find her missing mother, but ends up entangled in an even larger mystery.

NME gave Enola Holmes a four-star review upon its premiere in September, writing “Guy Ritchie’s box office-busting reboot Sherlock Holmes kick-started a franchise in 2009 – thanks largely to the chemistry of Robert Downey Jr. and Jude Law – and Enola Holmes might prove an even bigger hit”.

The lawsuit claimed that because Sherlock was depicted as kind-hearted in the film – similar to how Doyle’s later Sherlock stories portrayed him – it was an infringement of the remaining intellectual property still controlled by the estate. Most of Doyle’s work has entered the public domain. The case was settled in December.