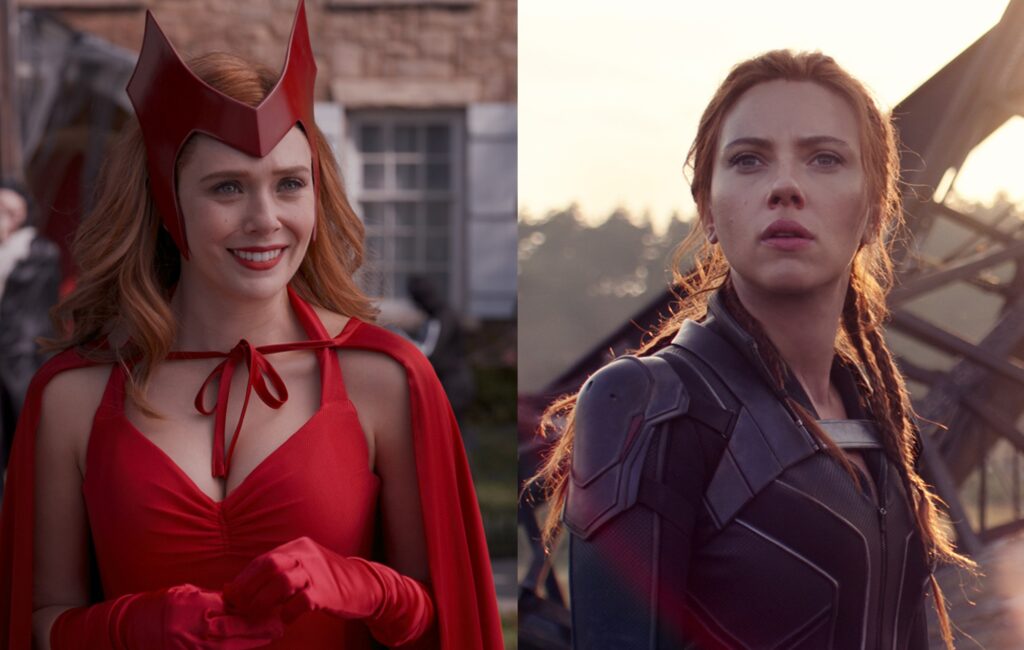 The Black Widow actress was confirmed to be initiating legal proceedings against the company last month, alleging that the simultaneous release of Black Widow on Disney+ and in cinemas violated her contract. She claimed that the move heavily impacted the ticket sales of the movie.

However, Disney replied and alleged that “there is no merit whatsoever to this filing” and that they had “fully complied” with Johansson’s contract.

Speaking in a new interview alongside Ted Lasso‘s Jason Sudeikis, Olsen – who plays Scarlet Witch in the MCU – was asked about her fears over the movie release model amid COVID-19.

“I’m worried about a bunch of things,” she told Vanity Fair. “Not worried on Scarlett’s behalf. But I’m worried about small movies getting the opportunity to be seen in theatres. That was already a thing pre-COVID.”

She later added: “But when it comes to actors and their earnings, I mean, that’s just, that’s just all contracts. So it’s either in the contract or it’s not.”

Sudeikis went on to call Johansson a “bad-ass” over the lawsuit, Olsen adding: “I think she’s so tough and literally when I read that I was like, ‘good for you Scarlett.’”

The latest development in the lawsuit saw Disney file a further motion over the weekend to force Johansson into private arbitration. In response, her lawyer, John Berlinski, issued a statement claiming that the company was trying to hide its misconduct.

“After initially responding to this litigation with a misogynistic attack against Scarlett Johansson, Disney is now, predictably trying to hide its misconduct in a confidential arbitration,” he said.

Berlinski previously claimed that Disney was filing for arbitration “because it knows that Marvel’s promises to give Black Widow a typical theatrical release ‘like its other films’ had everything to do with guaranteeing that Disney wouldn’t cannibalise box office receipts in order to boost Disney Plus subscriptions”.

He added: “That is exactly what happened – and we look forward to presenting the overwhelming evidence that proves it.”