Did Borat give Tom Hanks coronavirus? Viewers joke that he may have 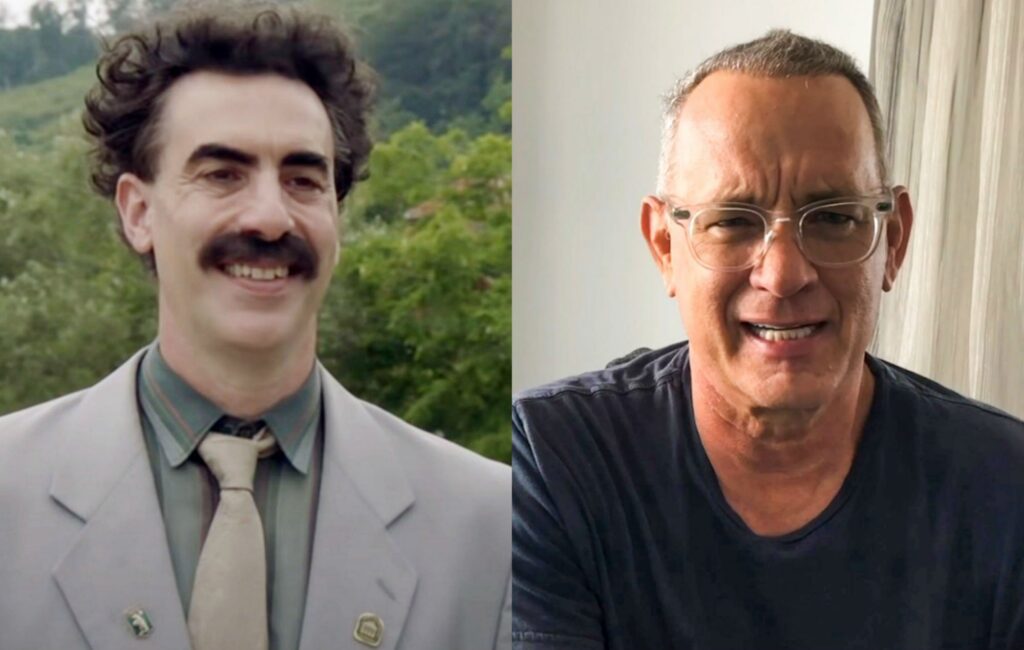 Viewers of Sacha Baron Cohen’s Borat Subsequent Moviefilm have suggested the satirist may have infected Tom Hanks with COVID-19.

The film, released today (October 23) on Amazon Prime Video, includes a scene in which Cohen’s fictitious journalist from Kazakhstan, Borat Sagdiyev, meets Hanks on an air strip. A map graphic shows that Borat (played by Cohen) has headed to Sydney in Australia, which is the same place Hanks was when he tested positive for the disease in March.

In the scene Borat asks Hanks for his autograph and then begins coughing in the 64-year-old actor’s face. As LadBible highlights, it’s led some viewers to joke that it was the moment Hanks became infected.

It is not known how Hanks and his wife, Rita Wilson, caught COVID-19. In the months since the diagnosis, Hanks revealed that he experienced “crippling body aches” and poor concentration after contracting it.

“Our discomfort because of the virus was pretty much done in two weeks and we had very different reactions, and that was odd. My wife lost her sense of taste and smell, she had severe nausea, she had a much higher fever than I did,” he told The Guardian in July.

Meanwhile, the woman who portrays Borat’s daughter in the new sequel has been revealed as a little-known Bulgarian actress Maria Bakalova. Initial press materials suggested Tutar was played by an actor called Irina Novak, but has been revealed to be a pseudonym.

Yesterday (October 22) a 40-foot inflatable Borat figure was spotted floating down the River Thames to promote the new movie.