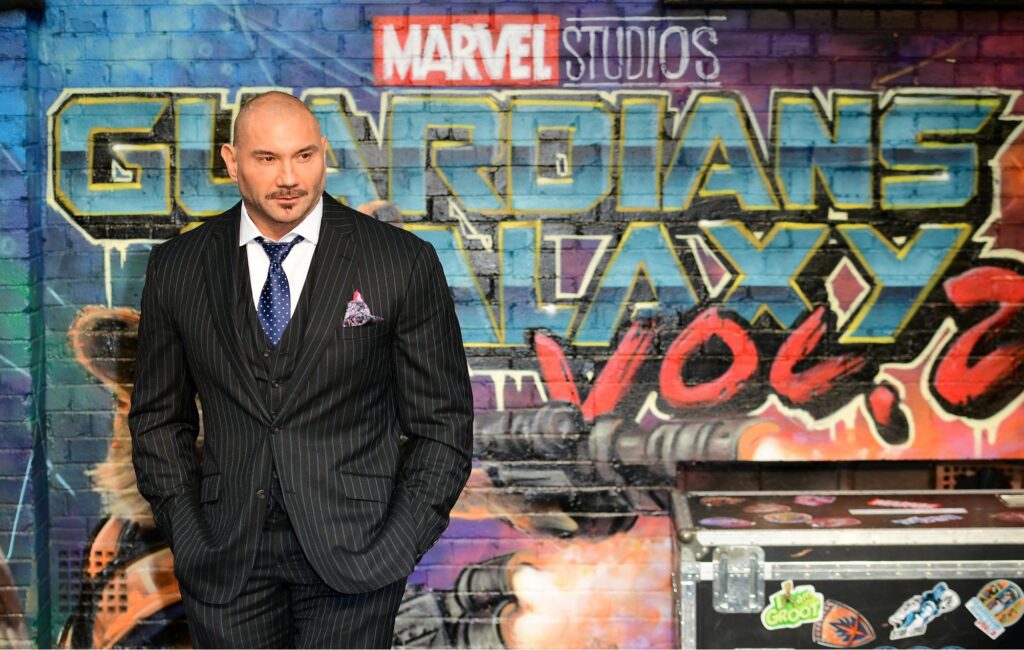 Guardians Of The Galaxy star Dave Bautista has spoken out about how Marvel missed an opportunity to tap into a greater story for his character.

The wrestler-turned-actor, who plays Drax in the Guardian films plus Avengers: Infinity War and Endgame, voiced his opinion on Twitter in response to a fan’s comment on his departure from the MCU.

“Waiting to see where Drax is mentally now that Thanos is finally dead,” tweeted the fan. “With Dave Bautista saying he won’t return after the next movie, I’m hoping more and more to see a happy, peaceful ending to The Destroyer rather than dying in battle.”

Bautista quote tweeted the fan in his response, which took aim at the studio.

“That whole Drax, Thanos history seemed to get swept under the rug,” he wrote. “Always wondered why but every reason I could come up with just makes me shake my fucking head. It is what it is.”

That whole Drax,Thanos history seemed to get swept under the rug. Always wondered why but every reason I could come up with just makes me shake my fucking head. It is what it is. 🤷🏻‍♂️ https://t.co/AXlFcKYq5E

Bautista first played Drax in the first Guardians Of The Galaxy film in 2014, and will be reprising his role in Taika Waititi’s Thor: Love and Thunder in 2022.

Earlier this year the actor confirmed that Guardians Of The Galaxy 3 will most likely be the last time that he appears as Drax.

“I don’t know if they’ll move forward with the character or with Guardians at all [after Guardians 3],” he told People in July.

Bautista’s recent tweet is not the first time that he has called out Marvel for the treatment of his character. In May, the actor said that the studio “dropped the ball” on his character Drax’s backstory.

“That role changed the trajectory of my life,” he told Collider. “It’s always going to be special to me. Now I’m four films in… I really wish that they would have invested more in Drax, personally.”

He added: “Selfishly, as a performer, that would have given me the opportunity to show different sides of Drax, emotionally. And physically as well.”