Cinema saved by Quentin Tarantino set to re-open next month 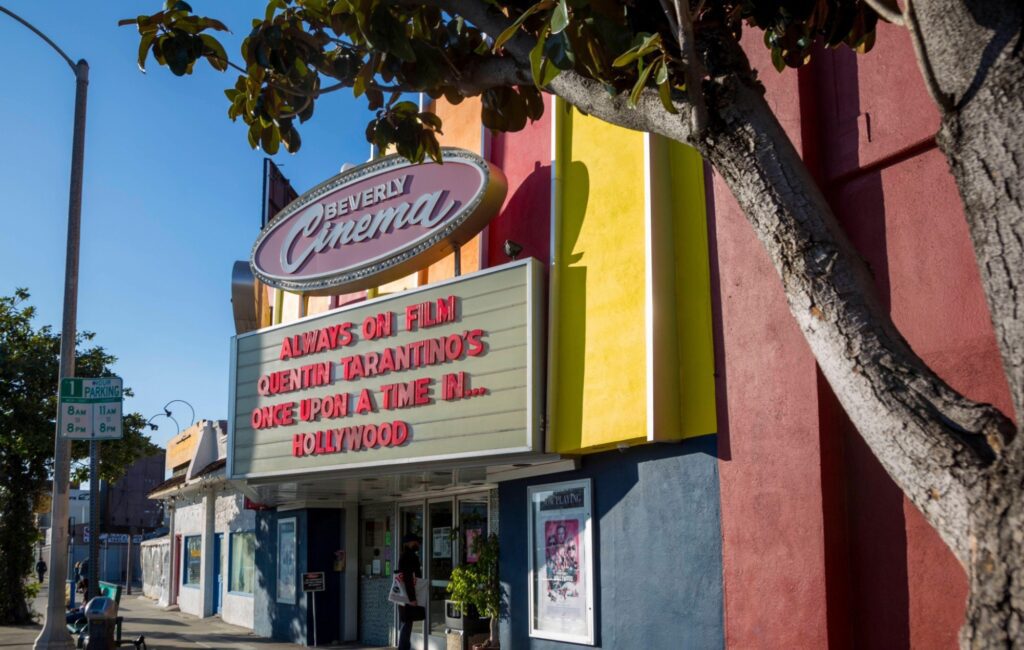 After being closed for a year through the ongoing coronavirus pandemic, the cinema is set to re-open on June 1.

In a new Twitter post, the Los Angeles cinema shared a picture which read: “Re-opening June 1, 2021 because we love showing movies.”

The 300-seat cinema opened in 1929 on Beverly Boulevard and has been owned by Tarantino since 2007.

The Once Upon A Time In Hollywood director saved the cinema from redevelopment and it’s known for showing features on both 35mm and 16mm prints after Tarantino also became head curator for the cinema in 2014.

In 2019, the cinema held an extended first run of One Upon A Time In Hollywood where the cinema’s lobby was decorated with film posters, lobby cards and props from the film.

It also showed an extended cut of Bounty Law – the film in which Leonardo DiCaprio’s character Rick Dalton appeared in during a segment of Once Upon A Time In Hollywood.

Reviewing the film, NME said: “It would be wrong to declare OUAT…IH to be quite so perfectly formed as Pulp Fiction, but there is no doubt that this is his most well-rounded and satisfying work since. The adrenaline rush of the final third resembles all that is special about Tarantino – audacious, brazen and impossibly thrilling.”

Meanwhile, as the UK continues its step-by-step plan to exit COVID-19 lockdown, cinemas across the country are preparing to reopen their doors this month.

As per Boris Johnson’s roadmap out of lockdown, which was announced in February, outdoor cinemas and drive-in venues in England opened from April 12, while indoor cinemas able to welcome film fans back from May 17.