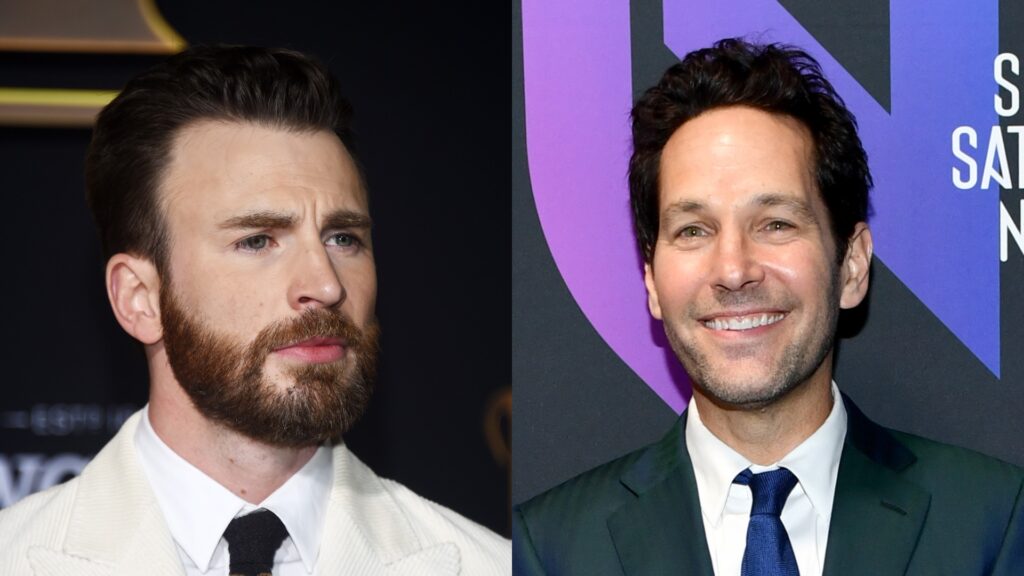 Rudd sat down for a virtual chat with his Marvel co-star as part of the digital series Variety Studio: Actors on Actors.

“With a character in [the Marvel Cinematic Universe], you’re the first tracks in the snow [for viewers]. It’s intimidating and overwhelming,” Evans explained via a video call with Rudd.

“But working at Marvel, everyone makes you feel so comfortable. It’s such a group effort, you know that every decision is going to be vetted over endlessly. Very quickly you put down your fear and realise you’re in good hands.”

He added: “Back when I was young…actors were only accessible through their work. Now, you have [social media] where you can actually offer a little bit more of who you are, which is a tricky tightrope to walk.

“But it is nice to be able to share a little bit extra, especially playing a character that I respect so much, and trying to create this nexus between the work you do and the impact you might want to have on kids. It’s nice to interact with kids feeling something that the character put in their head already.”

Evans also explained that he couldn’t imagine Rudd, who plays Ant-Man “not gelling with the group,” saying that the actor was “like sorbet, a palate cleanser, an always welcome addition.”

During the conversation, Rudd said: “There’s pressure at every single movie you’re making in the Marvel world. You don’t want to be the weak link.”

He continued: “A character like Ant-Man, yeah, very few people knew. They’d say, ‘Well, what does Ant-Man do?’ And I’d say, ‘He can shrink to the size of an ant, but he also retains strength, and he can control ants and talk to ants.’ And people would just laugh.”

Although Ant-Man 3 hasn’t been officially dated on Marvel’s upcoming schedule, the project, which has Rick and Morty‘s Jeff Loveness onboard as a writer, is very much in the works.

This comes after Mark Ruffalo revealed he tried to talk The Avengers (2012) director Joss Whedon out of casting him as The Hulk because he was “scared.”

The actor, who has portrayed the raging green giant in every Avengers movie since the first MCU installment, said he was worried he was too inexperienced to work with the motion-capture aspect required for his character.

“I did try to talk them out of casting me”, Ruffalo told Variety in a recent new interview, referring to Whedon and Avengers star Robert Downey Jr. “I said, ‘I don’t know if I’m the right guy, I’ve never done anything like this.’”