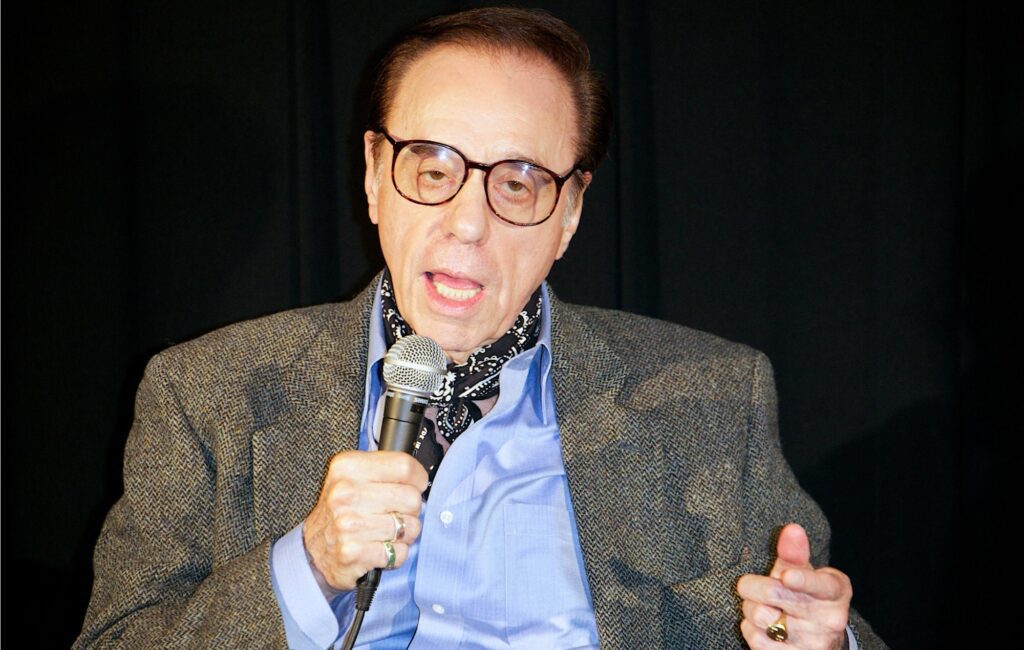 Peter Bogdanovich, the actor and Oscar-nominated director behind Paper Moon and The Last Picture Show, has died.

The 82-year-old passed away in his home, it has been confirmed to Deadline. Bogdanovich had an acting career that spanned over 60 years. He had an ongoing role in The Sopranos as Dr. Melfi’s therapist, Dr. Elliot Kupferberg, and worked with reputable filmmakers such as Noah Baumbach and Agnès Varda.

However, his work behind the camera was more prolific. His sophomore film as a director, The Last Picture Show, earned him two Oscar nominations for Best Director and Best Adapted Screenplay.

Shortly after, he made Barbara Streisand-fronted screwball comedy What’s Up, Doc? and Paper Moon, which saw its star Tatum O’Neal become the youngest actor to win Best Lead Actress, at just 10 years old.

Additionally, Bogdanovich upheld a productive career as a film critic and author, and wrote books on Orson Welles, Howard Hawks and Alfred Hitchcock.

Key Hollywood figures have taken to social media to pay homage to the filmmaker.

“Peter always made me laugh!  He’ll keep making them laugh up there too. May he rest in peace,” wrote Streisand on Twitter.

Peter always made me laugh!  He’ll keep making them laugh up there too. May he rest in peace. #PeterBogdanovich pic.twitter.com/FIl0Hf6pif

Just heard Peter Has Died.
I’m Proud Of The Film (mask) We Made Together, & In The End I’m Sure He Must Have Been As Well.
He made Some Very
Memorable Films,& Discovered amazingly
Talented artists

“He was a dear friend and a champion of Cinema. He birthed masterpieces as a director and was a most genial human,” tweeted Guillermo del Toro. “He single-handedly interviewed and enshrined the lives and work of more classic filmmakers than almost anyone else in his generation.”

Find more tributes to Bogdanovich below.

My heart is broken – my dear friend Peter is no longer with us in the physical form. I loved him and will miss him. What a wonderful artist. He’s left us with the gift of his incredible films and his insights on the filmmakers he so admired. I love you Peter. pic.twitter.com/6L1jWAGBOK

“Peter Bogdanovich loved the movies. Making them, watching them, analyzing them, talking all night long about them,” wrote screenwriter Larry Karaszewski. “Paper Moon and What’s Up Doc? are two of the most entertaining films of all time. Put on an ascot and watch them tonight.”

Here’s Martin Scorsese on the passing of Peter Bogdanovich pic.twitter.com/I8DSlLyoHa

RIP Peter Bogdanovich. People talk mostly about The Last Picture Show, but I watched Paper Moon & What’s Up Doc? & They All Laughed dozens of times growing up. He loved movies & we loved him for it. 🙏

Peter Bogdanovich was a very nice man who I think never really got his due. He was not only a great director but also a passionate film historian. He could speak about it for hours. My condolences go out to Peter’s family and all who loved him. Godspeed, Peter. #PeterBogdanovich pic.twitter.com/LGEbQD1TM4