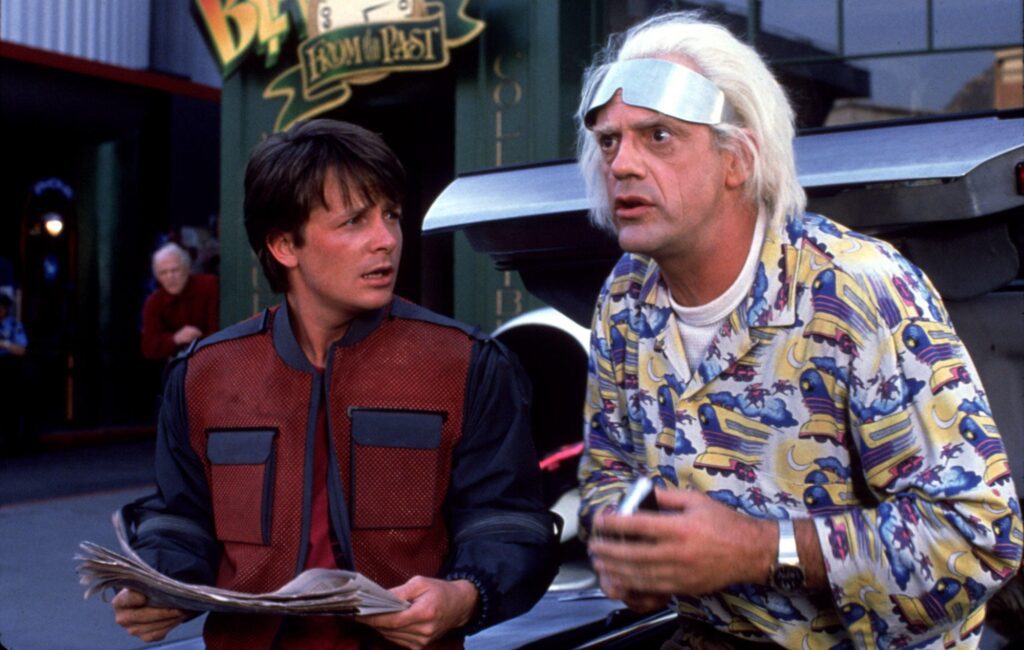 Back To The Future stars Michael J Fox and Christopher Lloyd have staged a reunion 36 years after the original film’s release.

The pair came together to attend Awesome Con in Washington DC this week, sharing numerous photos of them backstage.

Posting a picture of them sharing a golf cart on Instagram, Fox wrote: “Back to back #backtothefuture”.

Lloyd posted his own picture of them sitting beside one another, captioned: “Caption this… #backtothefuture.”

The original Back To The Future directed by Robert Zemeckis released in 1985, followed by two sequels in 1989 and 1990 respectively.

Since his breakout turn as Marty McFly, Fox has starred in 1989’s Casualties Of War, The Frighteners and ABC sitcom Spin City. In 1998, the actor publicly disclosed he’d been diagnosed with Parkinson’s disease seven years prior, aged 29.

After numerous guest appearances and voice roles, including the Stuart Little films and Atlantis: The Lost Empire, Fox retired from acting in 2020 due to his declining health.

Lloyd has since played Uncle Fester in 1991’s The Addams Family and its sequel, along with countless voicework roles in Anastacia, DuckTales The Movie, and Cartoon Network series Over The Garden Wall.

Before Back To The Future, he had his breakout role in 1975’s One Flew Over The Cuckoo’s Nest.