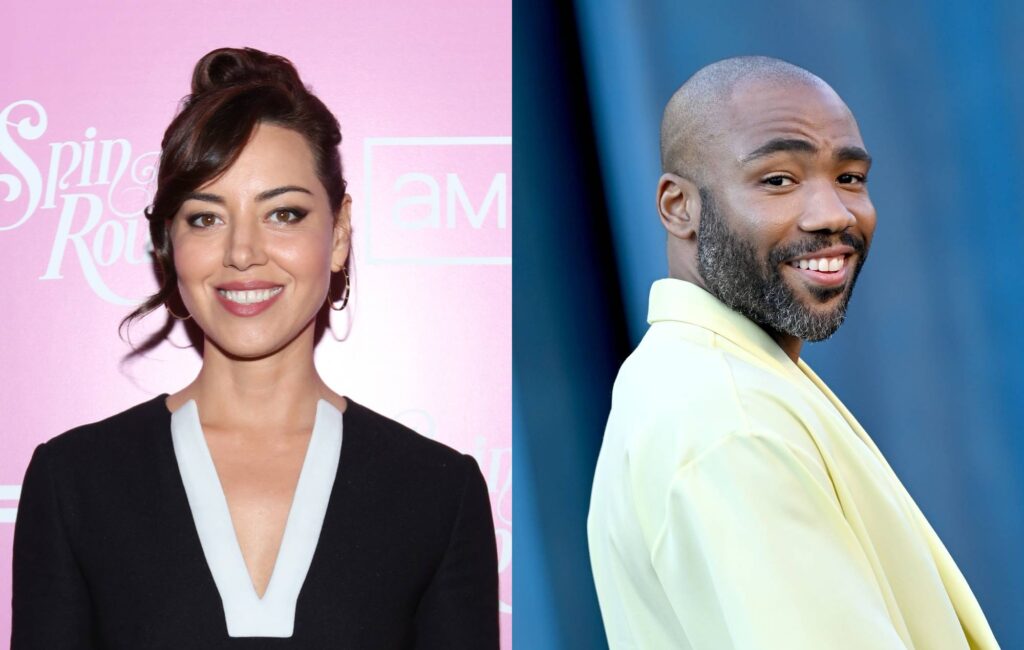 Aubrey Plaza has thanked Donald Glover for helping her secure her 2009 breakout role.

The Parks And Recreation star was then acting with Glover, whom she had known from their time performing together at Upright Citizens Brigade in New York, in the comedy Mystery Team when she got the call to audition for Funny People opposite Seth Rogen and Adam Sandler.

“Everything goes back to Donald Glover for some reason,” Plaza told MovieMaker. “Donald actually taped my [Funny People] audition, which is really funny to think about now. He taped me and did Seth Rogen’s lines.

The actress said she asked Glover if she could just perform “five minutes of jokes” at his stand-up show, to which he agreed. “I sent that tape back just thinking, Oh, maybe they’ll believe I’m a standup. And then they believed it,” she recalled.

During an appearance on The Tonight Show With Jimmy Fallon on Tuesday (August 9), the actress said director Edgar Wright texted her mistakenly believing she had been cast as Lara Croft after seeing a magazine front cover for her new film, Emily The Criminal.

Speaking to Newsweek after the appearance, Plaza said: “Look, I have no idea what the future holds for me, but I love it. It was so funny when [Edgar] texted me that because I didn’t realise how strikingly similar those photos are.

“Emily is carrying a purse strap and Lara Croft has a gun holster; those are very different. It’s very weird and totally accidental, but I’ll take it.”