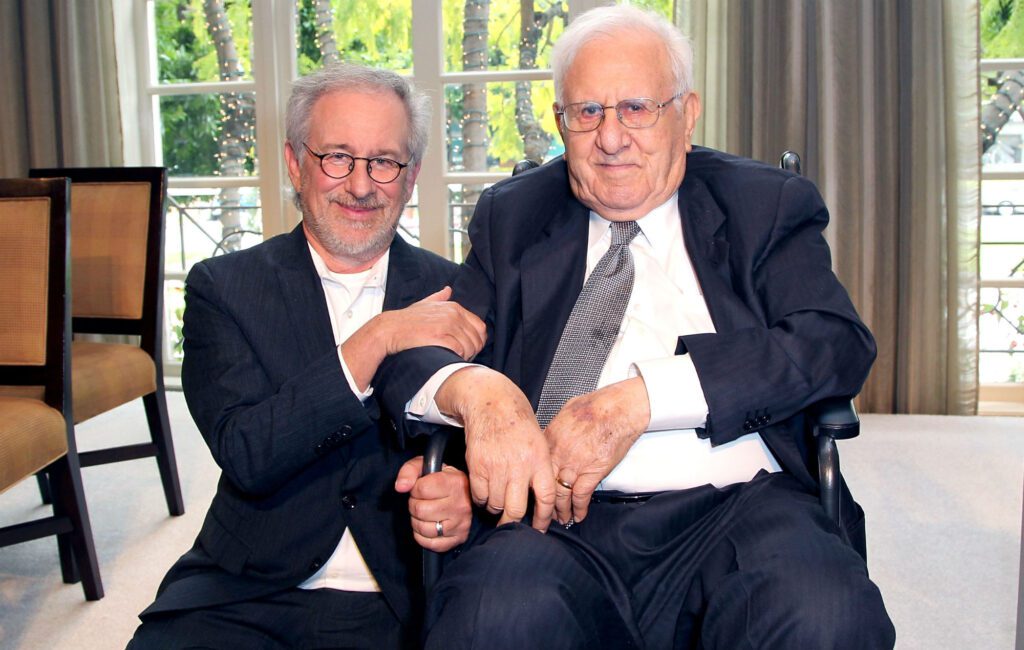 Arnold Spielberg, the father of legendary film director Steven Spielberg, has died at the age of 103.

According to Variety, Arnold is believed to have passed away in Los Angeles, with Steven and the rest of his family by his bedside.

He reportedly died of natural causes, with Steven telling his father: “You are our hearth. You are our home.”

The ET director also said: “When I see a PlayStation, when I look at a cell phone — from the smallest calculator to an iPad — I look at my dad and I say, ‘My dad and a team of geniuses started that’.”

The comment is a reference to Arnold’s celebrated career at General Electric. In a joint statement, Steven and his sisters – Anne, Nancy and Sue – said Arnold had taught them to “love to research, expand their mind, keep their feet on the ground, but reach for the stars [and] look up”.

“Dad, you’re the greatest. Thank you for showing me that there is honor in looking back and respecting the past. I love you very much. This is for you.”#ArnoldSpielberg #RIPArnoldSpielberg pic.twitter.com/YXGGs7p7cp

Arnold was born in Cincinatti on February 6, 1917 and developed an early passion for inventing, after turning his family’s attic into a makeshift lab at the age of 6.

He enlisted as an army sergeant in 1941 and married pianist Leah Posner on his return, with the pair welcoming Steven shortly after. He joined General Electrics in 1956 and went on to win the Institute of Electrical and Electronics Engineer’s Computing Pioneer Award.

His daughter Sue added: “He made friends over the radio. He heard from people he never knew existed.

“He connected with strangers and this affability is something he carried over into real life, often befriending another person in line at Starbucks or the table next to him.”

A full memorial service will be held at a later date in 2021 due to the coronavirus pandemic.

As well as his children, Arnold is also survived by four stepchildren, 11 grandchildren, eight great grandchildren and many cousins, nieces and nephews.