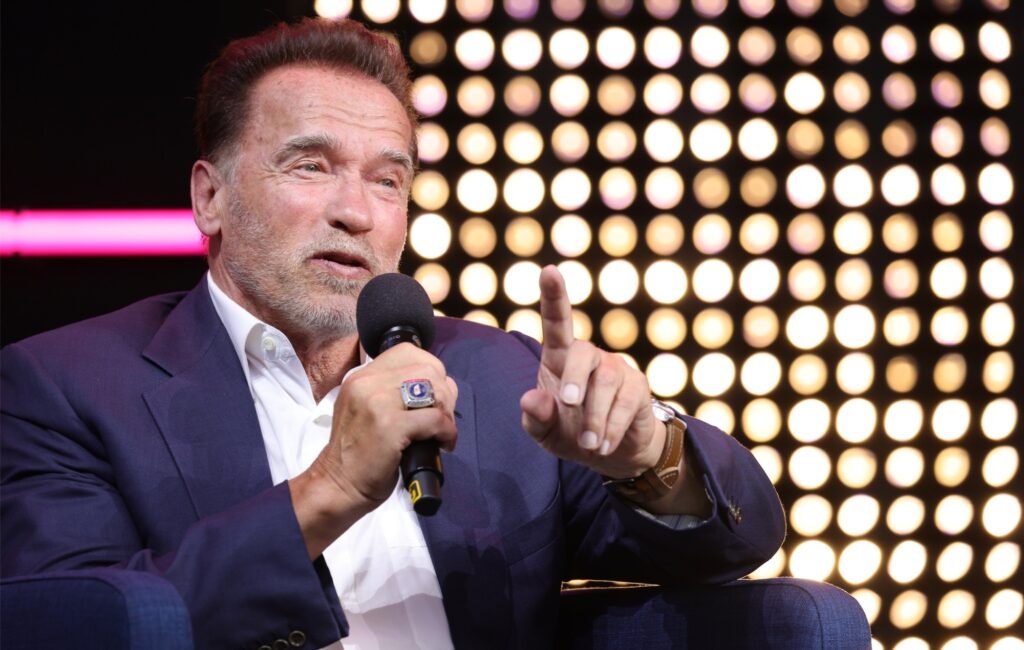 Arnold Schwarzenegger has been involved in a serious car accident, it has been reported.

According to TMZ, the 74-year-old Terminator actor was driving a black GMC Yukon SUV on Sunset Boulevard in California when it collided with a red Prius at approximately 5pm PT.

The outlet shared a series of images from the scene, which show Schwarzenegger – who is seemingly uninjured – standing beside the wreckage as he speaks to police officers and those involved in the crash.

It is reported that the woman driving the Prius was “bleeding heavily from her head” before being taken to hospital in an ambulance. Schwarzenegger is said to be “deeply concerned” about her wellbeing and wants to “personally check up on her”.

Four vehicles were involved in the accident, including a white Porsche that was directly behind the actor’s car.

Law enforcement sources subsequently told TMZ that Schwarzenegger was turning left onto the street while the left-turn arrow was still red. Officials are now conducting a full investigation.

A spokesperson for the Los Angeles Police Department said in a statement: “There was a collision about 4.35 on Sunset and Allenford Avenue. It was a four-vehicle traffic collision (and) fire departments and paramedics transported one female to a local hospital with an abrasion to her head.

“Neither alcohol nor drugs are suspected as a factor in this and all parties remained at the scene.”

Back in October 2020, Arnold Schwarzenegger revealed that he had undergone a third heart operation.

“Thanks to the team at the Cleveland Clinic, I have a new aortic valve to go along with my new pulmonary valve from my last surgery,” he wrote on social media at the time.