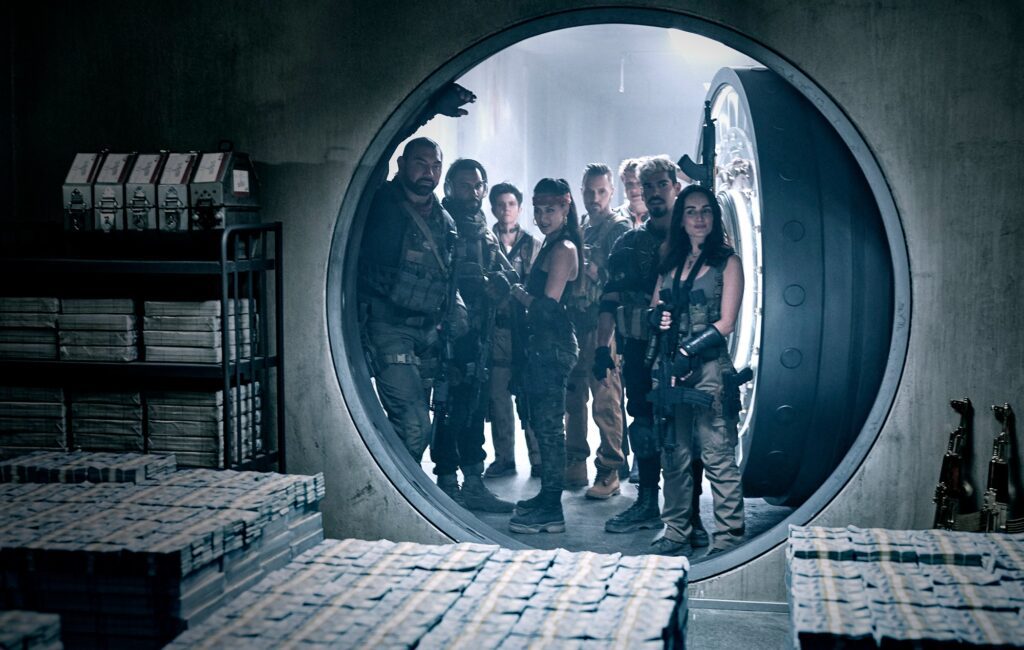 A scene featuring full-frontal zombie nudity was cut from Zack Snyder’s upcoming Netflix film Army Of The Dead, the director has revealed.

A sure to be gruesome scene featuring a “huge penis with a bite taken out of it” was cut from the final version of the film.

Asked whether any idea for his new film was deemed to have crossed a line in a new interview with The Sunday Times, Snyder said yes.

“We had a sequence where one of the male strippers had a huge penis with a bite taken out of it,” he revealed. “We thought that was too much.”

The first trailer for the hugely anticipated “zombie-heist” movie was revealed last month. The Netflix Original marks Snyder’s first project to see the light of day after his warmly received reworking of 2017’s Justice League.

It also sees Snyder returning to the zombie genre for the first time since his debut movie, 2004’s action-packed Dawn Of The Dead, a revamped version of zombie movie legend George A. Romero’s 1978 movie of the same name.

Army Of The Dead was written shortly after Dawn Of The Dead wrapped, and, set within an apocalyptic take on Las Vegas – think Ocean’s Eleven meets Zombieland – the film’s undead are fast and agile, as they were in Snyder’s aforementioned Romero remake. Guardians of the Galaxy star Dave Bautista leads a vast ensemble cast that also includes comedian Tig Notaro, Garret Dillahunt (Fear The Walking Dead) and Omari Hardwick (Power).

“It’s justice for Snyder’s vision, and the heartache of losing daughter Autumn, and it’s justice for a DC comics fanbase that has been put through the ringer with poor adaptations and meandering visions for much of the last decade.”