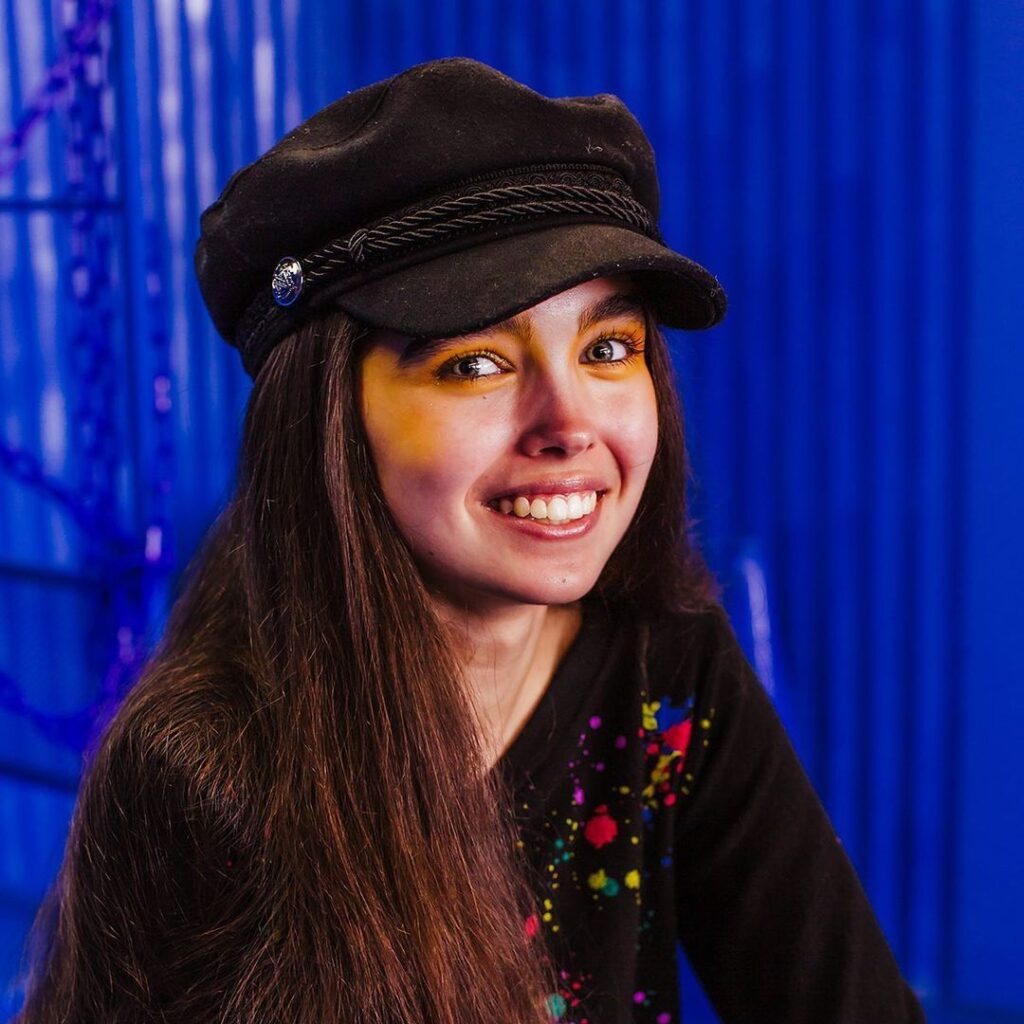 Inspirational pop singer-songwriter, actress and aerialist Alisha Liston is releasing a brand new single, “Paint on a Cloud,” a blissful pop song alternating between hopeful and melancholic moods, and featuring Alisha’s ethereal vocal performance. We had the chance to have an in-depth chat with her about her latest release, connection to music and much more!

Hi Alisha, it’s a pleasure having you with us today!

Congratulations on your latest release, we loved your music!

What inspires you to make music?

Music has always been my go to; and, I started writing music to sort through what was going on in my head. My songwriting book was my diary. After taking a few classes and working with some amazing people, I wanted to start writing music for others.  All the songs I wrote are things I really needed to hear at that time in my life, and I thought there might be someone else out there like me who needed to hear it too. Now that I’ve released a few songs, I’m inspired by the feedback I’m given. I’ll get a message from a friend or a stranger telling me how such-and-such song really helped them when they were going through a tough time. Hearing that really inspires me.

What style best describes your sound?

That’s a great question. I classify myself as Indie Pop, but I’ll mix a ton of elements from other styles. Some of my songs have qualities of musical theatre, electronic, alternative rock, singer-songwriter, etc.  Vocally, I’ve been told I’m very ethereal, while bringing to my music an intense, emotional delivery. From a lyrical aesthetic point of view, I like to use a lot of fantasy imagery in my songs. I think that combination of vocal quality and delivery with the vivid lyrics and fantasy imagery feels like a definite trademark.

Did your upbringing influence your sound and style?

I would say yes and no. My dad is a guitarist, and he taught me how to play guitar. But he’s more into heavy metal, whereas I gravitate towards pop and alternative rock. When I was younger, I took an interest in musical theatre and had the opportunity to perform in over a half a dozen productions. So musical theatre has a special place in my heart, and I will incorporate some melodies you would hear in musical theatre, or certain instruments such as violins that you generally wouldn’t hear in pop music.

Which artists inspire you?

Oh my gosh there’s a ton of artists who inspire me. I love the band ‘idkhowbuttheyfoundme.’ The melodies they write are genius and their lyrics are packed with symbolism. I also have been really inspired by Kelly Clarkson, Taylor Swift,  and Grace Vanderwaal. Recently I’ve been really listening to Sophie Pecora; she’s a 15 year old artist and her lyrics are absolutely beautiful.

Would you like to collaborate with other artists? If yes, who would be your top 3?

As an artist, what’s the best advice you’ve been given and by whom?

As an artist, I think the best advice I’ve been given was from my Mom. She has always encouraged me to stay true to who I am, as both a person and an artist.  In addition to singing & songwriting, I am also an actress. So very early on, I learned what it means to play a role or a character; and, the good thing about that is when the play or shoot was finished, I could go back to being me. As an artist, I don’t want my life to be some made up character. When I was little my Mom gave me this plaque, and it says, “Be yourself and real friends will love the real you.” I think it’s so true, and I keep it on my wall, in my room.

Yes. On August 27th I’ll be releasing the full EP for Beautiful Illusion. It will consist of 7 songs. Some are songs that you’ve heard such as Paint On A Cloud and Whose Definition, along with 4 brand new ones. I am also going to be performing a 40-minute set at the OC Fair on Sunday, August 8th at noon. So look for me there.