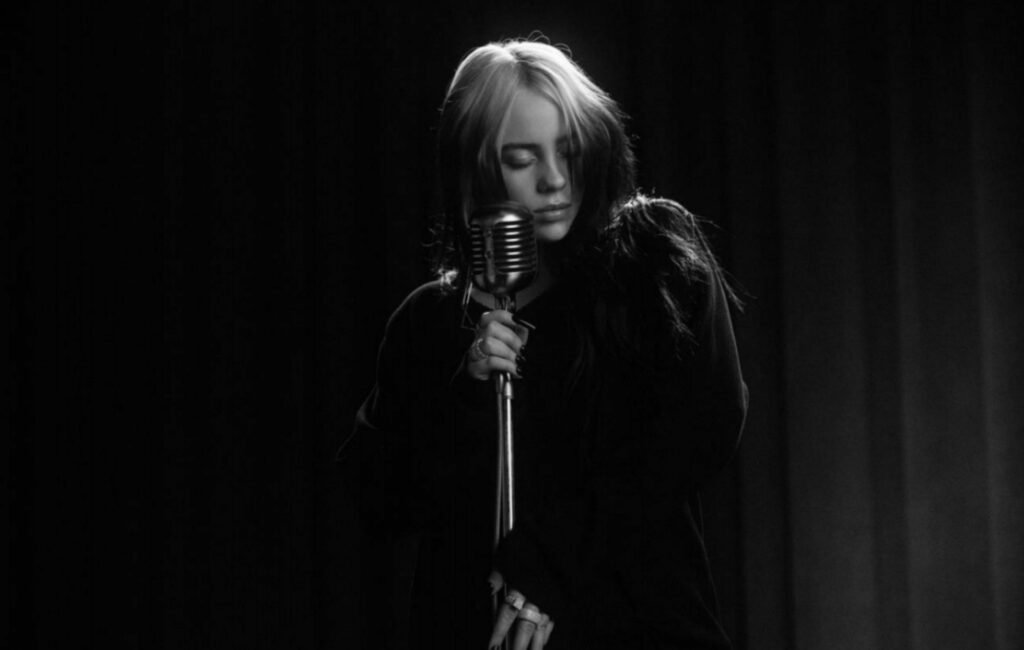 Billie Eilish has shared the official music video for ‘No Time To Die’ – you can watch it below.

The pop star released the official theme to the 25th James Bond film back in February, and went on to perform it live at the BRIT Awards 2020 later that month.

Shortly afterwards, however, the movie’s release date was pushed back from April 2 to November 12 due to the coronavirus crisis. With No Time To Die due to hit screens in less than a month, Eilish has tonight (October 1) unveiled her theme’s black-and-white, moody visuals.

The clip, directed by Daniel Kleinman, intersperses shots of the singer performing behind an old fashioned microphone with various clips from No Time To Die.

Eilish said: “It feels crazy to be a part of this in every way. To be able to score the theme song to a film that is part of such a legendary series is a huge honour.”

A second official trailer for No Time To Die landed early last month, which sees Daniel Craig embroiled in a number of action-packed missions. “If we don’t do this, there will be nothing left to save,” he warns at the end of the video.

An official synopsis of the film reads: “In No Time To Die, Bond has left active service and is enjoying a tranquil life in Jamaica. His peace is short-lived when his old friend Felix Leiter from the CIA turns up asking for help.

“The mission to rescue a kidnapped scientist turns out to be far more treacherous than expected, leading Bond onto the trail of a mysterious villain armed with dangerous new technology.”