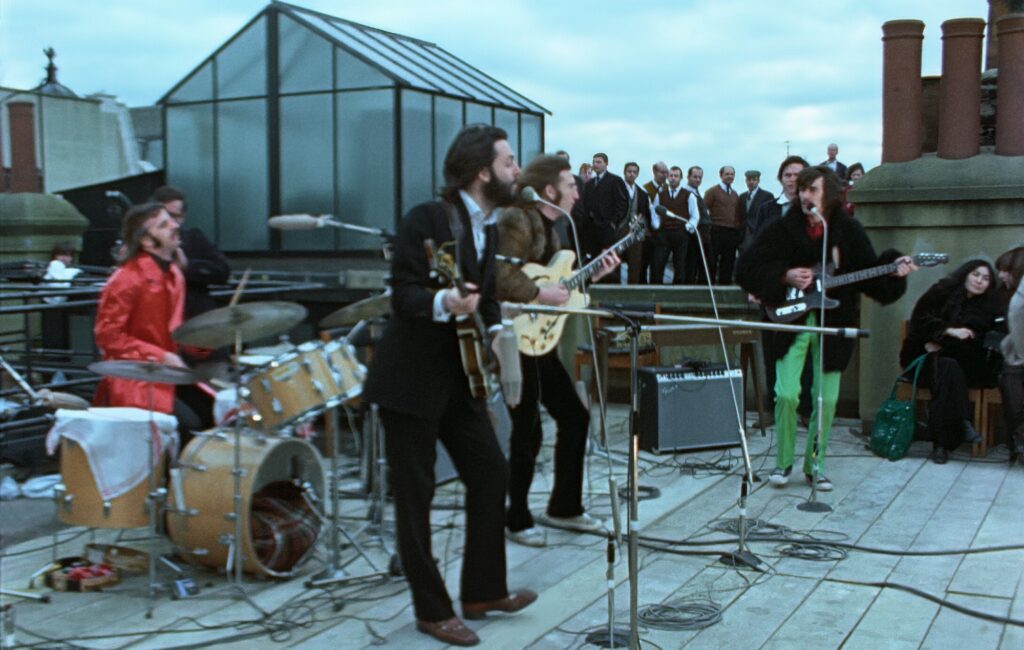 A first look at The Beatles: Get Back, Peter Jackson’s three-part series for Disney+, has been released.

Get Back will made up entirely of never-before-seen and restored footage, and will transport fans back to to the band’s pivotal January 1969 recording sessions. It will document the creative process and relationship between The Beatles as they attempted to record 14 new songs in preparation for their first live concert in over two years.

The three-part series is made up of over 60 ours of original footage and more than 150 hours of unheard audio, most of which has been locked in a vault for over half a century.

The docuseries features The Beatles’ last live performance as a group for the first time in its entirety. The rooftop concert took place on London’s Savile Row. It also includes songs and classic compositions featured on the band’s final two albums, ‘Abbey Road’ and ‘Let It Be’.

Earlier this week, Ringo Starr has opened up about a bizarre reunion offer made to the band in 1973, which they turned down.

In a New Yorker profile on Paul McCartney today (October 11), it was revealed that McCartney had flown to Los Angeles to visit John Lennon that year, after his breakup with Yoko Ono.

Starr is featured in the profile talking about the band turning down “a fortune” to reunite for a concert, which proposed an opening act of a man wrestling a shark.

“We called each other and said no,” Starr said. “We were taking our own roads now.”