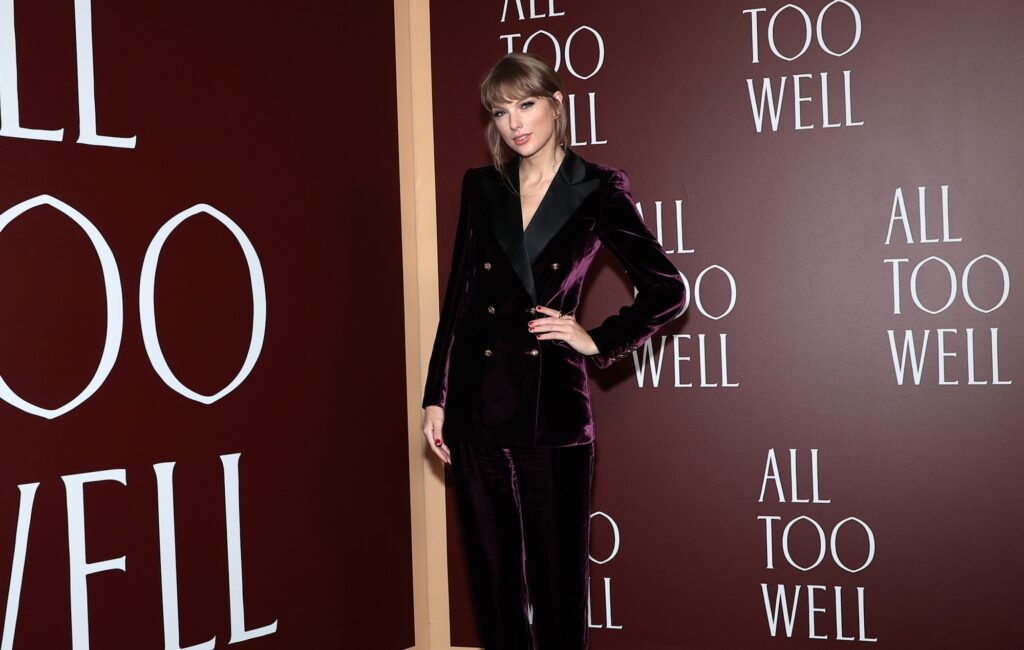 The star made an appearance at the premiere of the short film that accompanies the expanded version of the ‘Red’ album track at Manhattan’s AMC 13 Lincoln Square cinema.

After the short film, which stars Stranger Things’ Sadie Sink and Maze Runner’s Dylan O’Brien was shown once, Swift addressed the crowd from the front of the screening room. “I just figured we’re here and we haven’t done a – what’s one of those things? A live performance,” she said.

After the venue erupted in screams, she continued: “We haven’t done one in a while. This is going to be the fastest set-up you’ve ever seen. I’ve never performed the 10-minute version before and I feel like it would only be right if that were to happen in this room if it’s OK with you.”

Swift sat on a stool beneath the cinema screen with an acoustic guitar and played through the 10-minute version for the first time as fans sang along. Watch fan-shot footage of the moment below now.

all too well (10 minute version) – taylor swift at the premiere of #AllTooWellTheShortFilm pic.twitter.com/lwsR3NRyOw

Ahead of the film premiering, Swift also spoke to the audience, praising the fan power that had given the original release of ‘All Too Well’ a life of its own. The musician cited that support as “the most important thing about this particular project”, saying that it was only because of the fans that it is often called one of her best songs by her supporters and press alike.

“That was all because of you, that was because you chose this song,” she explained. “A record label didn’t pick this song as a single, we never made a video for it. This was a song that started out as just a song on the album, just a simple track five and you went and turned it into what it is now. Honestly, it started out as a song that was my favourite, it was about something very personal to me, it was very hard to perform it live.”

She added that she was “very proud” of the short film, noting, “I’ve never made a short film before” and that she didn’t know “what a premiere is supposed to be like”. Swift shared some instructions for the crowd before watching the film, telling them: “You and I are used to concerts, we’re used to feeling how we feel and being vocal about how we feel when we feel it. Just do that – feel your feelings. We’ve provided tissues. We do not need to be stoic, serious or anything that you are not if that is not how you want to feel during this. Be yourselves.”

After the screening, Sink and O’Brien also joined the pop star in front of the crowd. Of the project, Sink – who plays the protagonist in the film – said: “From start to finish, this has just been such a surreal experience and I’m so glad that we finally get to share this with everyone and I hope you all enjoyed it.”

O’Brien, who plays Sink’s older boyfriend – essentially the villain of the piece – added: “Taylor, you’re a genius and the most beautiful person ever. This is really special and I’m still reeling, I can’t even believe it.”

Last night, Swift appeared on The Tonight Show Starring Jimmy Fallon and discussed the 10-minute version of ‘All Too Well’. Explaining that she wrote it during rehearsals for her ‘Speak Now’ tour, she said: “I showed up for rehearsals, and I was really upset and sad, and everybody could tell – it was like really not fun to be around me that day.

In a four-star review, NME said of ‘Red (Taylor’s Version)’, the latest album Swift has re-recorded: “It’s not an exercise of rethinking and tweaking old songs, but to take back ownership of her own music. The production here is a little sharper, with the instrumentation being brought further into focus: the opening percussion of ‘State of Grace’ is crisper, the soft-rock guitar of the title track a little brighter and the mandolin of ‘Stay Stay Stay’ lifted.”